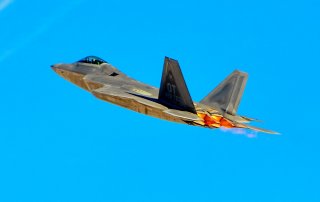 China’s habit of attempting to steal promising U.S. technological innovations and even appearing to copy U.S. design configurations and weapons platforms is well known, yet there now appears to be indications that the People’s Liberation Army is copying U.S. military multi-domain tactical warfare concepts.

For many years now, the U.S. military has been conducting specific multi-domain combat training operations and war preparation exercises to include landing Army helicopters on Navy ships, forming Multi-Domain task forces in the Pacific, and firing land weapons at ocean targets. Based upon land-sea-air networking, the concept of operation is to find and hand-off targets, conduct joint attack operations, and draw upon advantages and attributes specific to certain domain platforms such as fighter jets, surface ships, and land artillery.  In certain scenarios, the Army has explored the prospect of using land-based weapons for maritime attack, as many ground munitions have the guidance technology, range, and explosive components to track and destroy moving ships at sea.

One senior Army weapons developer explained it to me this way: “it does not matter if the target of a land weapon is on land or at sea,” meaning land-launched missiles, rockets and even artillery can fire from coastal areas out onto the ocean. This is particularly significant in areas such as the Pacific given the large number of island chains and coastal areas in the Pacific.

“The troops (Chinese) tested multiple tactics and conducted combined strikes on targets, as the exercise further validated these methods and showed long-range multiple rockets are highly deadly to maritime targets,” the paper writes.

Ultimately the success of any multi-domain operation, regardless of the weapons and platforms involved, will likely rely upon the quality of the networking. Therefore, any Chinese attempt to create a U.S.-like meshed network of combat nodes could only come to fruition to the extent the Chinese were able to operate hardened, secure networks capable of transmitting time-sensitive data between domains. This concept is the foundation for the Pentagon’s Joint All Domain Command and Control effort, something which the Chinese military appears to be noticing.