China Is Making Progress on Stealth (But No Breakthrough Yet) 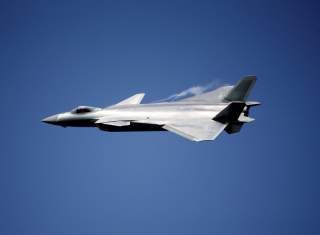 Key point: China is close to a revolution in stealth, but isn't there yet.

Chinese scientists claim they have developed a new kind of material for making aircraft less detectable by radar.