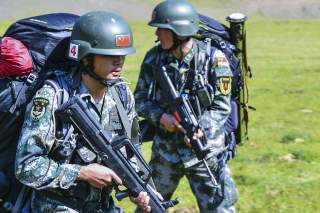 Key point: China has the largest army on the planet; that means they need a lot of guns.