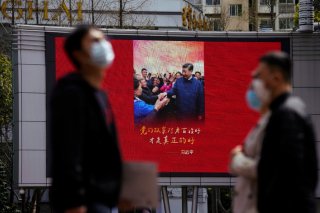 Key point: To my mind, the real concern and the focus of anger should be the causes and denials which allow new diseases and newly drug-resistant strains to thrive.

Naming diseases is important because mistakes among professionals and the public about what something is called can lead to bad outcomes. If someone misspells Ebola, say Eboma, it’s unlikely that a mistake will be made, but mis-numbering H1N1, for example, might lead to the wrong treatment.

In April 2009 an Israeli Minister of Health wanted to name swine flu, which was apparently offensive to both its Muslim and Jewish population, as “Mexican flu”, where it might have originated. The Mexican Ambassador to Israel was upset and complained and the Israeli’s relented, and it eventually became known as H1N1.  Swine flu led governments to slaughter millions of pigs, many probably pointlessly, and for people to be irrational about eating pork, but at least the name was memorable.

COVID-19 is the name given the coronavirus, as a contraction of coronavirus disease-2019. The WHO announced this last month at a press conference, but before the presser was even over “the International Committee on Taxonomy of Viruses released a paper proposing a name for the virus itself: Severe Acute Respiratory Syndrome Coronavirus Two, or SARS-CoV-2 for short. This reflects research that suggests it is a close relative of the SARS virus. … The WHO won’t be using this virus name, in case the word ‘SARS’ causes extra panic.”

Names can cause panic and can mislead, but is it so bad that the only thing anyone knows about your town is that it’s associated with a disease?  Do we think badly of Huntington or Hodgkin for the diseases baring their names?

To my mind, the real concern and the focus of anger should be the causes and denials which allow new diseases and newly drug-resistant strains to thrive. China’s wet markets, lack of transparency and political decision-making is the world’s largest problem in this regard.

By naming this Chinese-born disease COVID-19 we may eventually forget that it came from China, but until China improves its practices and politics we must not forget that the next major pandemic may well come from there.

This article by Roger Bate first appeared at AEIdeas. This article is being republished due to reader interest.