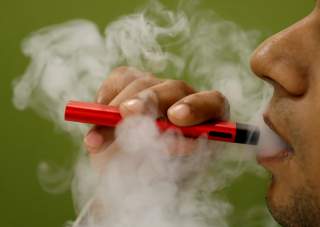 Key point: China exports a lot of illicit and dangerous vaping cartridges to America which have terrible health impacts for Americans.

While the US administration continues to push China on fentanyl, it should perhaps be pressuring Beijing on vaping hardware — specifically the cartridges that carry the nicotine, cannabis or other chemicals delivered in vaping. And unlike fentanyl production, which is done in hundreds of locations across the country, most of the vaping products are made in the Bao’An district in Shenzhen, China.

Unfortunately, the illicit market has been ramping up and, as my ongoing field research suggests, production is shifting to other locations.

It hasn’t helped that the Centers for Disease Control (CDC) have obfuscated about the causes of the vaping-associated respiratory illness (VARI). Now that the CDC is telling the whole story with respect to THC cartridges being to blame for VARI, perhaps policy can focus on the illicit trade rather than the legal traders, like Juul. But I suspect the damage has been done, with numerous states saying they are, or will soon, ban nicotine e-cigarettes. The understandable concern about youth vaping seems to have led policymakers to overreact to VARI. The convenient untruth that e-cigarettes may cause VARI is used to assist banning e-cigarettes. This ban will result in an increase in smoking and will no doubt be blamed on the tobacco industry, when the real cause is misleading information from state and federal bodies.

Perhaps the president can pressure Beijing on THC cartridges as he has on fentanyl and limit their supply into the US, thereby reducing the real cause of VARI.