China Reaches Out To Expats—By Putting Them In Its Parliament 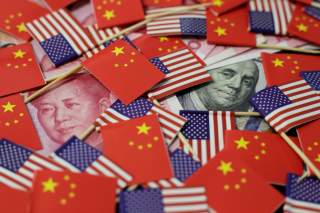 Imagine if the US Congress, in addition to the 535 elected members that fill its halls, also included a few dozen unelected representatives each year who were citizens of foreign countries. These foreign representatives, milling about the Capitol, would be invited not to represent the countries they came from but rather to do the opposite—to offer advice to Congress about how to more effectively expand US influence in their home countries, and then return home with a promise to help carry out the US mission abroad.

Congress, of course, doesn’t have such a system.

But China does. Since 2001, one of China’s two pseudo-legislative bodies has invited special ‘overseas delegates’ from countries around the world to attend its annual two-week legislative session. The Chinese People’s Political Consultative Conference (CPPCC) is a political advisory body that, along with the National People’s Congress, meets during the ‘two sessions’ each March. There are around 2,200 members in the current body, though that number can vary.

These overseas delegates are a way for Beijing to draw on the talent and connections of overseas Chinese to help expand the party’s influence and popularity abroad.

Activities under the united front system have risen in both scope and importance under President Xi Jinping. Between 2015 and the end of 2018, the centre of the united front system, the United Front Work Department, was restructured and several new bureaus were created. Overall, the reorganisation reflects a greater emphasis on united front work relating to religion, ethnic affairs and overseas Chinese.

The CPPCC is a bedrock institution of the united front. Its delegates are taken from different groups in society, including minority political parties, religious groups, ethnic minorities, the sciences, the arts, agriculture, industry, business and technology. The CPPCC has one national body, but there are also bodies at lower levels of government, from the provinces to prefectures to townships. About two-thirds of delegates are members of the Chinese Communist Party.

The united front’s emphasis on exercising influence over Chinese abroad is also manifested in a unique feature of the CPPCC—its ‘overseas delegates’ (海外代表).

Most CPPCC delegates comes from China. But since 2001, the CPPCC has included around 35 delegates each year from among the Chinese diaspora. On the national level, unlike regular CPPCC delegates, they can’t vote, and each overseas delegate only serves in that role for a single annual session. (On local-level CPPCCs, it seems that overseas Chinese with foreign nationality can sit as regular CPPCC delegates and hold those positions year after year.)

The criteria the party uses to select these delegates, and their purpose, aren’t a secret. Xu Guanghua, who in 2014 served as the deputy head of the Committee of Hong Kong, Macao, Taiwan and Overseas Chinese Affairs of the CPPCC National Committee, explained how overseas delegates are chosen: ‘There are several standards we consider. They need to have expertise in a certain sphere, have the capability to participate in politics, stay influential among overseas Chinese, and most importantly, love China.’

Influential overseas Chinese selected to give advice at CPPCC session

Among the approximately 2,000 members of the Chinese People’s Political Consultative Conference (CPPCC), one group is quite special. It was a group of 35 Chinese-looking ‘foreigners.’ Initially from China, they had all acquired foreign nationalities.

This overseas delegation consisted of 35 Chinese elites from 21 countries, who were invited to offer advice and suggestions during the 2014 CPPCC session …

Chen Xiongfeng, deputy director of the Consular Protection Center under the Foreign Ministry and former consul general of [the] Chinese embassy in the US, participated in the recommendation process.

‘There are 60 million Chinese living overseas. This is a group of people who do have clout in the mainstream societies of the countries they live in,’ Chen said …

‘Chinese elites abroad increasingly know how to use local platforms to deal with problems and exert their own sway, and they truly know what China should do to build its “soft power” while going global,’ he added.

Overseas delegates aren’t mindless vectors of the Chinese government’s expansive political desires; they are often well-known members of overseas Chinese communities who hope to improve the lives of Chinese abroad by bringing their perspectives to Beijing. They may have no intention to expand party influence, and may accept the invitation purely for the rarity of the experience, or for other reasons.

One overseas delegate, Chen Zhuogang, has lived in the US for 39 years, according to a March 2019 interview with the California-based pro-Beijing newspaper Qiao Bao. He carefully prepared for his time as a delegate by speaking with numerous members of his community in Texas, where he lives. According to Qiao Bao, Chen ‘communicated with the major local overseas Chinese communities before the trip, listened to suggestions and requirements, and prepared to bring these voices to the conference’. The issues most frequently raised among those he spoke with included difficulties in securing the necessary paperwork to visit China and concerns about the availability Chinese-language education for their children while living abroad.

These are perfectly legitimate concerns for any group of expats. But another top concern among those in Chen’s community was ‘preserving the rights and interests’ of Chinese abroad. This vague phrase has been used to refer to the Chinese government’s ability to protect overseas Chinese who may be in harm’s way due to war or natural disaster—but also as a justification for behaviours by Chinese companies or individuals abroad that could be interpreted as aggressive or even abusive. In February 2019, for example, Chinese foreign ministry spokesperson Geng Shuang denounced US security warnings on Huawei and other Chinese telecom companies as a violation of ‘Chinese companies’ legitimate rights and interests of development’. The phrase has also been used to justify the sometimes violent or obstructive demonstrations on western campuses staged by patriotic Chinese international students, such as during the Hong Kong–related protests in Australia in August.

Overseas delegates tend to fall into one of two categories: people who are leading members of overseas united front–linked organisations, such as peaceful unification societies; and overseas Chinese who have made outstanding accomplishments in their fields, and who may or may not have had any previous links to the united front. The latter category includes scientists, people with government connections, and successful businesspeople.

Overseas delegates from the US have included an award-winning scientist in California, a local community and political organiser in Maryland, and even one senior adviser to the US Federal Reserve Board.

Gerry Groot, head of the department of Asian studies at the University of Adelaide, told me in an interview that being chosen as a CPPCC delegate grants prestige.

‘The United Front Department has seen these people as being influential and important in their communities, and is seeking to increase or deepen their ties to China, as the ancestral land’, said Groot.

‘In rewarding them, those people get status in their communities back home, and in many cases it increases their influence back home. And that means that these people go back much more committed to supporting the party than they were.

Bethany Allen-Ebrahimian is a Washington-based journalist who covers China. Her article first appeared in The Strategist.