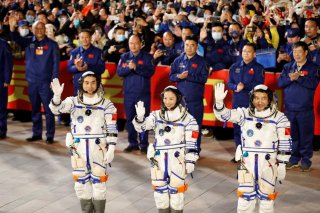 China’s Foreign Ministry issued a condemnation on Monday of reports from the United States that Beijing intends to pursue exclusive control over the Moon in the future, accusing administrators within the U.S. National Aeronautics and Space Administration (NASA) of ignoring facts and speaking “irresponsibly” about China’s space program.

Beijing’s denunciation came in response to comments made by NASA director and former astronaut Bill Nelson during an interview with the German newspaper Bild. In the interview, Nelson suggested that China had sought to instigate a “new race to space” with the long-term goal of “tak[ing] over” the moon.

“We must be very concerned that China is landing on the moon and saying, ‘It’s ours now and you stay out,’” Nelson said. He referred to the proposed International Lunar Research Station (ILRS)—a joint Chinese-Russian project to establish a permanent base on the Moon by 2036—as a Chinese colonial project established to “occupy the moon.”

“Nelson behaves more like a politician that has been deeply influenced by the frictions between the two countries in recent years, as he repeatedly preaches the so-called China threat theory in this field,” Huang wrote. He claimed that China was willing to cooperate on space issues with the United States but that the Wolf Amendment, a law passed by Congress in 2011 that prohibits NASA from cooperating with the China National Space Administration, prevents such collaboration.

“Several former NASA chiefs have expressed their dissatisfaction over the Wolf Amendment,” he added. “So do the majority of U.S. researchers in this field … who are willing to see more interactions with China in space. The majority of academicians across the world still wish for the successful construction of China’s lunar base,” Huang claimed.

Beijing and Moscow have previously insisted that the ILRS would be open to international participation.

In the interview, Nelson warned that China’s space program was primarily established to be used as an extension of its military rather than for peaceful or scientific purposes. The NASA director claimed that Beijing had pursued extensive research into anti-satellite warfare—recalling the country’s destruction of a defunct satellite in 2007, a development that was widely condemned in the West and led to a substantial increase of hazardous space debris in orbit.