China Should Fear This Killer Combo: The U.S. Marines and F-35s 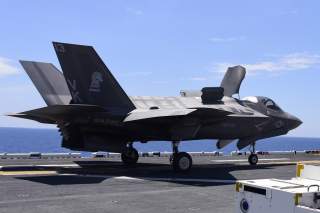 (This first appeared earlier in the year and is being reposted due to reader interest.)