China Should Waive Loans to Nations Impacted by Coronavirus...Or Else 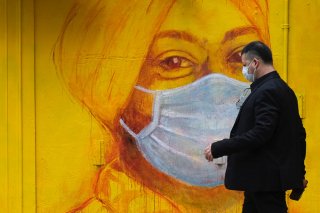 A comprehensive timeline has now emerged of the response of the authorities in Hubei province and in Beijing to the emergence of the Sars-CoV-2 virus proving that the Chinese authorities engaged in a coverup in the early days of the virus. This makes them morally responsible for the global consequences of the pandemic in at least some key ways.

Wuhan health officials were informed that a new disease spreading in their community was caused by a novel coronavirus on December 27, 2019. But China only forwarded notice of an “unknown illness” to the World Health Organisation (WHO) on December 31. By January 2, China mapped the genome of the new virus, but this information was not passed on to the WHO until January 9. Cases had already been documented in Thailand as early as January 13, but Beijing continued to deny human-to-human transmission and gave the go-ahead to the Annual Wuhan Lunar New Year banquet on January 18. The response of the local Hubei authorities in late December was too slow. The response of the central Beijing authorities in January was criminally reckless.

China took the virus to be a public relations challenge, rather than a severe threat to human health. Doctors who tried to alert the authorities were told to keep quiet. Those who went public with their concerns were arrested. As if to confirm this observation, Beijing has in recent days been mounting a global-scale propaganda effort to deflect responsibility and somehow blame the United States for the breakout. How many people die does not seem to be important. What matters is that the Chinese Communist Party is not held responsible.

If the authorities had contained the situation in Hubei in the first three weeks of the breakout, this disease could have probably been completely contained within the province. But Party bureaucrats made a different set of choices. As a consequence of those choices, the world is now at a standstill.

The most acutely affected will, inevitably, be smaller, poorer countries that do not have the health infrastructure and the economic resilience to weather this global shock. Many of these countries are already financially indebted to China, as Beijing has been increasingly using its growing economic might in recent years to invest and buy influence all over the world. This situation is especially acute in countries such as Djibouti, Tajikistan, Kyrgyzstan, Laos, Maldives, Mongolia, Pakistan, and Montenegro, for example. These countries have all been identified as already owing sums in excess of 45 percent of their GDPs to Beijing, largely in the form of debt towards Belt and Road projects.

These investments should have been a boon to most of these countries. But many were already struggling to service these debts even before the pandemic, and the consequent shock to the global economy. For virtually all of these countries, these debts they owe to China will quickly become unserviceable given the current economic climate.

China has a moral debt to at least waive these debts. Not only because Beijing is morally responsible for its failures to contain the virus in its early days, and thus inflicting it on the rest of the world. But also because those debts, especially those incurred in the service of Belt and Road projects, are designed to benefit Beijing’s trade and geopolitical strategy to begin with. In this, Beijing has the opportunity to be the rational, cooperative partner to the developing world that it has been claiming to be for the past two decades.

If Beijing fails to heed this call, then it should be for the international community to come together and proclaim that any of these countries may default on their debts to China, and that their ability to seek credit on the open markets of the West will not be at all affected by this default. In other words, just as China has a moral obligation to forgive these debts, if Beijing fails to do so, these countries have a moral right to default on these debts. We may not have the capacity to force the former settlement. But we do have the capacity, and the duty, to enable the second.

Azeem Ibrahim is a director at the Center for Global Policy and author of The Rohingyas: Inside Myanmar’s Genocide.