China: Soon to Be a Naval Superpower (Better Than the U.S. Navy?) 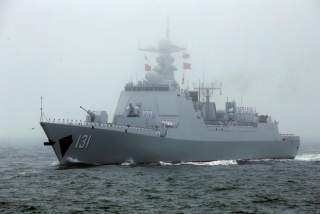 Key point: China is catching up, but has a long way to go.

Kyle Mizokami is a writer based in San Francisco who has appeared in The Diplomat, Foreign Policy, War is Boring and The Daily Beast. In 2009 he co-founded the defense and security blog Japan Security Watch. This article first appeared last year and is being republished due to reader interest.