China vs. Russia: Who Has the Best Infantry Fighting Vehicles? 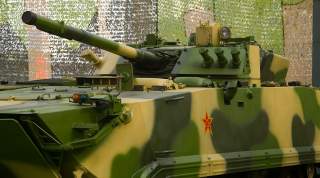