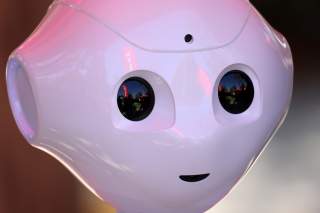 Artificial intelligence (AI) is increasingly embedded into every aspect of life, and China is pouring billions into its bid to become an AI superpower. China's three-step plan is to pull equal with the United States in 2020, start making major breakthroughs of its own by mid-decade, and become the world's AI leader in 2030.

There's no doubt that Chinese companies are making big gains. Chinese government spending on AI may not match some of the most-hyped estimates, but China is providing big state subsidies to a select group of AI national champions, like Baidu in autonomous vehicles (AVs), Tencent in medical imaging, Alibaba in smart cities, Huawei in chips and software.

State support isn't all about money.  It's also about clearing the road to success -- sometimes literally.  Baidu ("China's Google") is based in Beijing, where the local government has kindly closed more than 300 miles of city roads to make way for AV tests. Nearby Shandong province closed a 16 mile mountain road so that Huawei could test its AI chips for AVs in a country setting.

In other Chinese AV test cities, the roads remain open but are thoroughly sanitized. Southern China's tech capital, Shenzhen, is the home of AI leader Tencent, which is testing its own AVs on Shenzhen's public roads. Notably absent from Shenzhen's major roads are motorcycles, scooters, bicycles, or even pedestrians. Two-wheeled vehicles are prohibited; pedestrians are comprehensively corralled by sidewalk barriers and deterred from jaywalking by stiff penalties backed up by facial recognition technology.

And what better way to jump-start AI for facial recognition than by having a national biometric ID card database where every single person's face is rendered in machine-friendly standardized photos?

Making AI easy has certainly helped China get its AI strategy off the ground. But like a student who is spoon-fed the answers on a test, a machine that learns from a simplified environment won't necessarily be able to cope in the real world.

Machine learning (ML) uses vast quantities of experiential data to train algorithms to make decisions that mimic human intelligence. Type something like "ML 4 AI" into Google, and it will know exactly what you mean. That's because Google learns English in the real world, not from memorizing a dictionary.

American, British, and (especially) Israeli facial recognition AI efforts face similar real-world challenges. They have to work with incomplete, imperfect data, and still get the job done. What's more, they can't throw up too many false positives -- innocent people identified as threats. China's totalitarian regime can punish innocent people with impunity, but in democratic countries, even one false positive could halt a facial recognition roll-outs.

It's tempting to think that the best way forward for AI is to make it easy. In fact, the exact opposite is true. Like a muscle pushed to exercise, AI thrives on challenges. Chinese AI may take some giant strides operating in a stripped-down reality, but American AI will win the race in the real world. Reality is complicated, and if it's one thing Americans are good at, it's dealing with complexity.