China's 5G Is Here And It's Coming To Take Down U.S. Big Tech 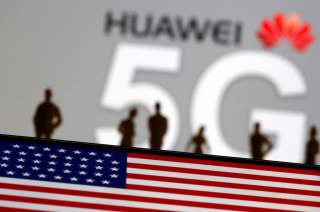 Countries’ 5G networks have become the subject of intense debate—and the Australian government can take some of the credit for that. Its decision to exclude high-risk vendors in August 2018 was marked by a refreshing openness about the grounds on which it was made. The thinking about risk and security was very similar to that in the EU security assessment of 5G released in October 2019.

Two core factors in these assessments are that 5G providers that have legal and other imperatives to cooperate covertly and deeply with their home governments pose a greater security risk than providers without these obligations and imperatives—and that governments do not want to be beholden to the governments of states with which they do not share values or interests. Both these factors apply in the case of the Chinese state and its two 5G ‘national champions’, Huawei and ZTE.

While there has been a burgeoning and critical debate inside and between governments, there’s been strikingly less talk about what the future 5G world means for ‘big tech’ in China and the US—the two homes of the globe’s tech giants.

That’s surprising, because arguably the strategic and economic competition between Xi Jinping’s China and Donald Trump’s America has at its centre a contest over advanced technology and the future of global data and communications. Xi’s China Dream can’t be achieved without China’s big tech firms dominating their US counterparts globally, because gaining strategic and economic power depends so heavily on having technological ascendancy, especially in data and communications.

But even without the state-on-state great-power competition, Alphabet (Google’s parent company), Amazon, Apple and Microsoft all have existential stakes in the future of global communications. The odd thing is they don’t seem to be acting like it.

If, as some experts predict, Huawei and ZTE win the race to build and operate much of the world’s 5G infrastructure, US tech firms will be dependent on them to transmit their services and products. American big tech will live in a Chinese walled garden of technology and be subject to the curators’ choices about what it can and can’t do, at least in major markets like Southeast Asia, Africa and chunks of Europe.

On the flip side, China’s non-5G tech giants Baidu, Alibaba and Tencent (BAT) will ride on the digital infrastructure of Huawei and ZTE. Given the Chinese Communist Party’s digital authoritarian model of fused state–corporate cooperation, this puts BAT in an advantageous position—not just in the China home market, but wherever the Chinese 5G champions provide the digital infrastructure.

The worst-case scenario for big US tech is that Apple, Facebook and Google in effect become apps inside a Chinese global information ecosystem. Chinese state policies and BAT, Huawei and ZTE would decide which of their products and services can be hosted on Chinese digital infrastructure and services. That looks like a very bad business plan, unless entering bankruptcy or becoming CCP-compliant in your global operations is the end goal.

So far, Apple’s and Google’s forays into 5G have been about 5G smartphones—which will also ride on the underlying 5G infrastructure.

So why are these US tech giants seemingly snoozing at the wheel on 5G and future communications infrastructure? Maybe they’re like great white sharks, lurking deep but ready to break the surface and show us that they knew what they had to do all along. But there’s no sign of that.

Maybe they’re planning to get a jump on 6G, thinking that new communications concepts and systems—like cheap and ubiquitous constellations of small satellites—will deliver a new source of communications business advantage that undercuts terrestrial 5G networks.

Maybe the real reason Google insisted on continuing to develop the now apparently defunct model of its search engine—Dragonfly, which was being designed to comply with Chinese state censorship—is because it’s preparing for the corporate dystopia of the future, not just trying to find a way to get bigger in the Chinese market.

Maybe they all think the competition between the US and China is just the business of governments and therefore doesn’t concern them. If so, they’re failing to see that the same factors which are driving renewed great-power competition mean that they too are in strategic and economic competition not just with BAT, Huawei and ZTE, but with their chief supporter, the CCP.

Or maybe they’re stuck in a mindset that governments around the world already know is dead: the idea that globalisation is a process that ‘de-states’ the world, rendering state boundaries and powers less relevant. According to this long-gone vision of globalisation, companies and consumers could be ‘country agnostic’ about where services and products came from because global supply chains and capital would move and reconfigure in ways that had no little or connection with individual nations.

That was the arc of logic operating in much of the world politically and economically until the return of assertive authoritarian power—Russia, and now, most particularly, the Chinese state under Xi. And the truly globalised world was the dominant paradigm when many of the leaders of US big tech rose to prominence, so it wouldn’t be surprising if they’re finding it hard to let go. For all their genius, they too are products of their environment and their times.

Xi and great-power competition—along with ‘Made in China 2025’, the Digital Silk Road and military–civil fusion—have killed that vision.

There’s a way out of the Chinese walled garden for Alphabet, Amazon, Apple and Microsoft. These companies have enormous capital and human capital strengths. And they have potential 5G, data and communications partners in places other than China—Samsung in South Korea; Japanese tech giants like Sony, NEC and Fujitsu; Europe’s Nokia, Ericsson and even Siemens; and US partner-competitors like Qualcomm and Oracle (as well as India’s growing tech world).

Certainly, democratic governments from Canberra to Washington, Seoul, Berlin, Delhi and Tokyo all have deep interests in creating policy and regulation that supports alternatives to a unitary Chinese tech future. Fraying international cooperation, the disdain for Trump in much of Europe, and Trump’s own disdain for alliances and partnerships make these interests harder to give effect to. Yet letting those difficulties prevent positive action to shape our future communications world would be a defining and generational error for each of the democratic world’s leaders.

Big tech companies and their home governments outside the authoritarian world need to reset their relationship from a contested one around privacy, data and regulation to one that supports government and corporate strategic and competitive interests. That seems a remote prospect in the world we’re in right now, but what seems remote has a habit of happening when the need is sufficient.

Even without supportive policies and regulation from their home governments, it makes sense as a simple matter of future corporate existence, success and competition for the US tech giants to be able to live on alternative digital infrastructure to that brought to them by China Tech Inc.

Who from Alphabet, Amazon, Apple and Microsoft will be the first to get this party started?