China's Air Force Is Powerful. But There Is One Giant Problem. 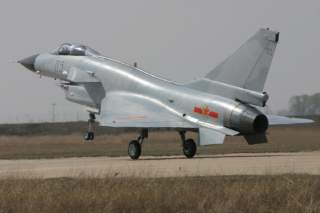