China's Enormous Spy Drone Has Its Eyes Set on the U.S. Navy 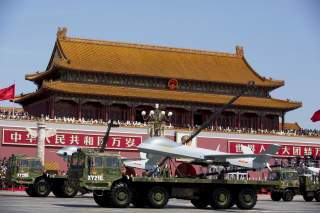 After nearly two decades of war, the Pentagon employs tens of thousands of experienced robot-handlers. It could take many years for China to build up similar human capital.​