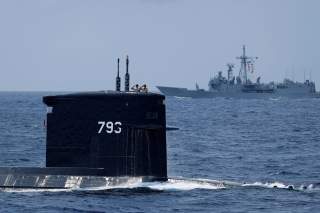 Key Point: What kind of bomb was Taiwan attempting to develop? Two possibilities are low-yield tactical nuclear weapons and a higher-yield city killer.

It would have been one of the greatest crises of postwar Asia: the revelation of a Taiwanese atomic bomb.

For Taiwan, the bomb would have evened the odds against a numerically superior foe. For China, a bomb would have been casus belli, justification for an attack on the island country it considered a rogue province. Active from the 1960s to the 1980s, Taipei’s efforts to develop nuclear weapons were finally abandoned due to diplomatic pressure by its most important ally, the United States.

Kyle Mizokami is a defense and national-security writer based in San Francisco who has appeared in the Diplomat, Foreign Policy, War is Boring and the Daily Beast. In 2009, he cofounded the defense and security blog Japan Security Watch. You can follow him on Twitter: @KyleMizokami. This first appeared last year.