China's Huawei Is Flush with Cash to Spy on America 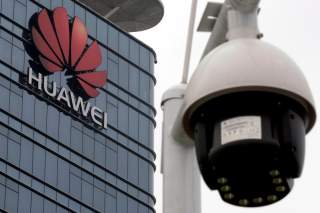 Chinese tech company Huawei has been on America’s radar for some time, and not in a good way. Now, the Central Intelligence Agency has found proof that the company is funded in part by Chinese military and intelligence assets.

Huawei, which has tried to elbow its way into Europe and the United States as a legitimate tech company capable of building infrastructure at low prices, particularly in the United Kingdom, where Huawei seeks to set up a 5G network.

The allegations have caused for alarm for the UK, who are still trying to decide if a Chinese telecom company building the Isles’ 5G network is a good deal- or a massive security risk.

According to sources compiled by Forbes, the CIA has warned top British officials that “the Chinese ministry of state security -its principle security and espionage organization- had approved government funding for Huawei.”

The sources claim that “Only the most senior UK officials are believed to have seen the intelligence, which the CIA awarded a strong but not cast-iron classification of certainty.”

China has been accused of running “private” companies under government control in the past, as well as creating deliberate “backdoor” vulnerabilities in software and components, which are sold abroad for civil, private, and even defense purposes.

“We are going to have to figure out a way in a 5G world that we’re able to manage the risks in a diverse network that includes technology that we can’t trust,” US Principal Deputy Director of National Intelligence Susan Gordon said in a related conversation in March. “You have to presume a dirty network.”

The United States is asking the UK to follow their advice and prohibit Huawei from operating in their country, which is part of The Five Eyes intelligence network- an alliance comprising Australia, Canada, New Zealand, the United Kingdom, and the United States.

When pressed for comment, a Huawei spokesperson claimed the company “does not comment on unsubstantiated allegations backed up by zero evidence from anonymous sources.”