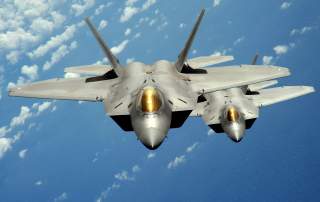 On August 1, China celebrated the founding of the People’s Liberation Army by allowing some high-resolution photos of the next-generation J-20 stealth fighter to leak, complete with a tasteful photoshopped-on patriotic dragon painting just below the canopy which just screams “Happy Birthday, PLA.”

(This appeared in August of last year.)