China's Navy Is Trying to Simulate a War with America 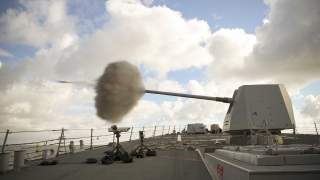 The People’s Liberation Army Navy has no recent combat experience and no hope of challenging the U.S. Navy on a global scale. The U.S. Navy outnumbers and outclasses China’s sailing branch in practically every category — not just technologically.

(This article by Rober Beckhusen originally appeared at War is Boring in 2016.)

In other words, China is pushing hard to get better at preparing for war. This is worrying for the United States, which already faces the possibilityof defeat or stalemate in a limited, regional conflict with China.