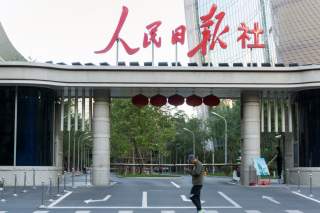 “In the case of the Washington Post and some other publications, China Watch also appears as an online feature, further blurring the lines between Chinese state media content and the host outlet’s own reporting,” the report noted.

The Daily Caller News Foundation reached out to all three newspapers to ask if they would commit to cease running the paid supplements, given the Chinese regime’s persecution of ethnic and religious minorities, and whether they would disclose how much revenue they received from the Chinese advertisements.

Neither the NYT nor the WSJ committed to either measure. WaPo did not return the DCNF’s inquiry.

“The New York Times covers China thoroughly and aggressively, and at no time has advertising influenced our coverage. In fact, the publication of this story in 2012 on the hidden wealth of the family of China’s prime minister resulted in The Times being blocked on all platforms in mainland China, which continues to this day,” NYT vice president Eileen Murphy told the DCNF.

“We’re committed to reporting on China, and fund our Chinese-language site and bureaus in Beijing and Shanghai (as well as Hong Kong) at a significant cost,” she added.

“We also continue to cover China fearlessly. Our recent investigation based on more than 400 pages of leaked internal Chinese documents provided an unprecedented look into the government’s crackdown on ethnic minorities in the Xinjiang region,” said Murphy.

Murphy added that this type of journalism is “core to our mission to seek the truth and help people understand the world.”

“We accept a wide range of advertisements, including those with provocative viewpoints,” DOW Jones spokesman Steve Severinghaus, a spokesman for WSJ parent company DOW Jones, told the DCNF in a statement.

“We require all ads to be clearly and properly identified as such, and, if an ad is advertorial, we add additional labeling to make clear the newsroom was not involved in its content or creation. The varied and divergent views expressed belong to the advertisers,” Severinghaus added.