China's Robot Submarines Could Be the Ultimate Underwater Spy 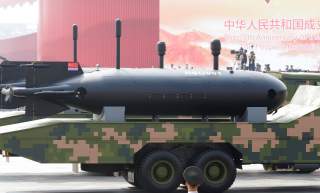