China's Secret Weapon In a War Against America 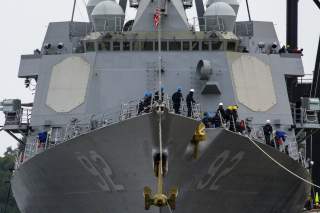 Today, the evidence continues to mount that the employment of sea mines remains a core tenet of Chinese naval war-fighting doctrine.