Is China's South China Sea Strategy On the Move? 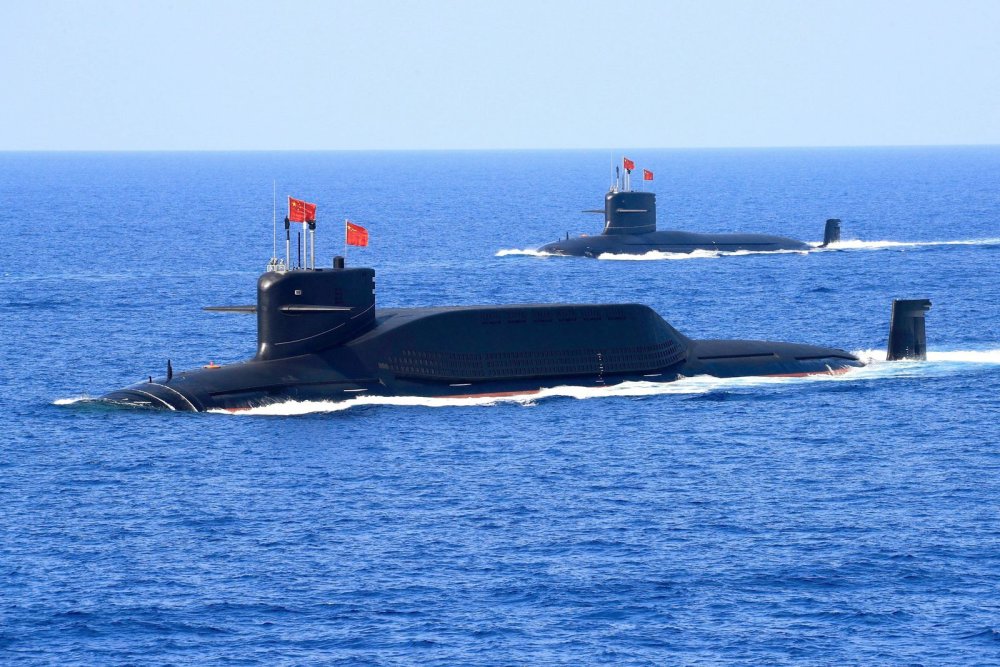 None of them, however, considers how Beijing might use its success in occupying the South China Sea as a template for expansion into the South Pacific. Although China’s growing presence in the South Pacific is multi-faceted and a natural reflection of its global power, Beijing’s efforts ‘left of launch’ could nonetheless erode allied access to the ‘second island chain’.

For China, there are four key similarities between the South Pacific and the South China Sea: both contain significant resources; both are dotted by uninhabited atolls that are close to undersea cables; both contain a number of critical maritime chokepoints (for example, those through Melanesia’s Bismarck Archipelago); and both regions count China as their largest trading partner. These similarities might allow Beijing to draw on scientific and commercial left-of-launch assets as a pretext for improving its regional situational awareness.

China’s investments in dual-use scientific assets are made primarily through the Academy of Science’s Institutes of Deep Sea Science and Acoustics. Researchers there have developed the Haiyi, a quiet undersea glider that can take advantage of improved sound propagation at depth to allegedly track submarines. The Haiyi is deployed by a vessel called Tansuo-1, which location reports placed in the vicinity of Challenger Deep (near Guam) in early October. In addition to deploying Haiyi, the ship was likely there to maintain one of two sets of acoustic sensors that monitor US submarine movements.

Tansuo-1 is also capable of deploying a manned submersible that can manipulate objects smaller than 50 centimetres wide on the seabed (such as communications cables). Chinese researchers have acknowledged the military applications of these vessels—Tansuo-1 was even on show at the 9th International Military and Civilian Dual-use Technology Exhibition in Chongqing last year.

Tracing the background of Tansuo-1 reveals further connections. The ship was built at Chengxi Shipyard by the Chinese State Shipbuilding Corporation, which also constructs undersea sensor networks and is a member of the Qingdao National Laboratory for Marine Science and Technology. According to its website, the lab is responsible for creating the world’s largest regional ocean network of submerged buoys to monitor sound patterns across the South China Sea. The lab references these buoys as the first step towards ‘transparent ocean and national defense’, a project that could improve the maritime targeting abilities of the People’s Liberation Army.

The Institute of Marine Geology, also located in Qingdao, is another member of the national laboratory. It looks for resources on the ocean floor on behalf of the China Ocean Mineral Resources R&D Association. These projects have found polymetallic and cobalt nodules around Kiribati, the Cook Islands and New Caledonia, as well as sulfide deposits in the Bismarck Sea.

Chinese companies owned by the State Council are building the ships and seafloor tools that are under consideration for use in the Canadian-owned Solwara 1 mining project in the Bismarck Sea, near the Vitiaz Strait chokepoint through Australia’s ‘first island chain’. While there’s no suggestion that Solwara 1 poses a security risk, China’s growing state-owned commercial expertise; the Institute of Marine Geology’s links to the national laboratory and the state shipbuilding corporation; and China’s history of using resource-extraction platforms as ‘mobile national territory’ and surveillance assets mean similar seafloor mining projects warrant close attention from a dual-use point of view.

Other dual-use assets are also at work in the South Pacific. Reports seen by the ABC show that two ships from China’s ‘Distant Ocean Research Fleet’ have been collecting bathymetric data in waters between Manus Island and Guam, which ‘helps determine the acoustic conditions for submarine operations’. At least one of these ships, Haice 3301, was formerly known as China Marine Surveillance 83 and played a leading role in China’s expansion into the South China Sea. China’s fishing fleet, which doubles as a maritime militia, is also moving further into the Pacific. The PLA is known to disguise surveillance ships as fishing vessels.

It’s also worth noting that the arms of government once responsible for seizing the South China Sea have recently restructured. The former State Oceanic Administration, which had a coastal focus and was previously responsible for the China Coast Guard and the China Ocean Mineral Resources R&D Association, has been rolled into the newly formed Ministry of Natural Resources, run by a rising star in the Chinese Communist Party. The merging of tried and tested dual-use assets into an agency with a global focus suggests that China’s leadership may use left-of-launch methods further afield.

To be clear, sourcing potential insights from Chinese activity in the South China Sea for possible future courses of action in the South Pacific is not cause for undue alarm. The ‘Chinese threat’ is prone to damaging exaggeration in Australia, and dual-use assets can have legitimate non-military purposes.

Yet Beijing is evidently operating left of launch through scientific research and resource exploration to improve its own situational awareness—and improved awareness, when coupled with a formidable long-range missile arsenal, could erode allied access within the second island chain in the same way it has in the first. China’s growing South Pacific presence may not be a zero-sum game, but discussions need to include these left-of-launch operations to provide the whole picture.

This article by Ewen Levick first appeared in the Australian Strategic Policy Insitute’s The Strategist in 2019.

Ewen Levick is the online editor of Australian Defence Magazine.