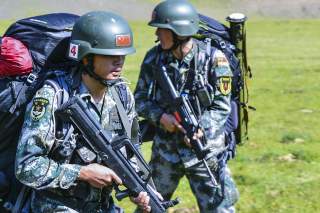 The QBZ-95-1 is issued with a bayonet and, along with six WY-91 hand grenades, forms the firepower of the average PLA soldier. Each nine man PLA squad has two fire teams, with one grenadier per fire team. The grenadier carries a QBZ-95-1 equipped with a 35-millimeter underbarrel grenade launcher similar in concept to the long-serving U.S. Army M203 grenade launcher.

Firearm Fact: The One Major Difference That Separates the AK-47 and M16