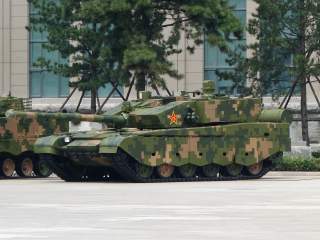 On December 31, 2015, the People's Republic of China (PRC, or China) began a sweeping military reorganization and reform program. The stated objective of this program was to produce a "joint force" capable of fighting and winning China's future wars. This development raised a number of intriguing questions. What compelled the occupants of the Zhongnanhai leadership compound in Beijing to gamble on a sudden, and potentially destabilizing, shake-up of the armed wing of the Chinese Communist Party (CCP)? What wars do Xi Jinping and the CCP elite envision fighting? Assuming reforms are successful, how might Chinese military power be used in future joint operations?

To understand what may be driving China's military reorganization and reform campaign, we must first understand the nature of the PRC's war plans. Planners in Beijing appear to make decisions regarding China's overall military buildup and armaments program based on a limited number of future conflict scenarios. According to the writings of People's Liberation Army (PLA) strategists and military theorists, Beijing's foremost objective is preparing to conquer the Republic of China (ROC, or Taiwan), while deterring, delaying, or destroying U.S. military actions to assist in the defense of the island. This is something authoritative Chinese military writings refer to as China's "Main Strategic Direction (主要战略方向)."[i] PLA writings available to us indicate that military conflicts around China's land borders represent secondary, but still important, planning scenarios. In particular, Chinese military writings describe the India border as a flashpoint and paint India as a dangerous future enemy.[ii]

PLA sources indicate that Chinese military strategists focus on five major conflict scenarios. Potential war plans constructed around these scenarios would require varying degrees of joint-capable military forces. Generally referred to in the Chinese literature as joint campaigns (联合战役) or joint operations (联合作战), it seems likely that these imagined future wars drive China's military buildup to a significant degree.[iii] According to sources in hand, the PLA's main joint operations are as follows:

Chinese military literature suggests these joint operations could be related and interlocking, or they could be conducted independently, depending on Beijing's strategic intentions, the severity of the situation, and external circumstances over which China might have little control. It is anticipated that joint operations would include supporting actions conducted by a single service or branch of the military. For example, during a joint attack operation against Taiwan, PLA ground forces could be called on to carry-out air assault operations against offshore islands like Kinmen (近岸岛屿机降突击作战) and attack operations against cities like Taipei (岛上城市进攻作战). Such operations might require minimal coordination with naval or air force elements.[vii]

The PLA's nightmare scenario appears to be one in which it would be called upon to conduct all five joint operations in a two-front war against the United States and Taiwan in the East, and India in the South.[viii] In this scenario, available Chinese military sources envision the PLA first launching a joint firepower strike against Taiwan and then conducting a short-duration, high-intensity joint blockade of the island. When the ROC military was judged as having been sufficiently weakened, the PLA would launch a joint attack operation and make amphibious landings. Once major beachheads were secured, intense urban and mountain warfare operations in the island's depths would follow.

According to the assumptions seen in PLA writings, at some undefined moment, the United States could intervene and launch cruise missile strikes and air raids on Chinese forces in the Taiwan Strait and along the PRC coast. These American attacks could force the Chinese to fight a joint anti-air raid operation. In addition, it is assumed that the Indian military and/or Tibetan freedom fighters might at this moment attack across the volatile Himalayan border, forcing the Chinese to simultaneously fight a joint border area operation. PLA writings demonstrate some concern that Japan, Australia, and certain Southeast Asian countries might also side against China in a major Taiwan Strait war scenario, but available sources dedicate little attention to this possibility.[ix]

The following will briefly outline how Chinese military writings envision the manner in which each of the PLA's five joint operations might, in theory, play out.

In this scenario, the PLA would employ missile and air strikes against Taiwan with the aim of suppressing and destroying targets on the island. Carefully-selected Taiwanese military, political, and economic targets would be hit. Strikes could suppress Taiwan's defensive capabilities, and, in theory, weaken morale and the will to resist CCP demands.

If Beijing's political objectives were limited to punishing Taiwan's government for some perceived provocation, it seems probable that Chinese military operations would be prolonged, but intermittent, and characterized by low intensity attacks, followed by pauses allowing for potential political negotiations. If Beijing's political objective was to quickly and finally conquer Taiwan, strike operations would be far more intense. They could be expected to be concentrated in a short timeframe, as a prelude to invasion, with no pauses other than those required for moving, reloading, and repairing equipment.[x]

In this scenario, the PLA would use a range of offensive capabilities to sever Taiwan's connections to the outside world, including electronic and cyber attacks, missile and air strikes, naval surface and subsurface raids, and offensive mine warfare. Chinese military writings view such attacks as necessary for obtaining information control (信息权), air control (制空权), and sea control (制海权). These attacks are intended to knock-out Taiwan's communications, isolating the island and weakening its defense capabilities and war making potential. As was the case above, if Beijing's political objectives were limited to punishing Taiwan's government for some perceived provocation, it seems probable that military operations would be prolonged, but intermittent and characterized by low intensity attacks, followed by pauses allowing for potential political negotiations. If Beijing's political objective was to quickly and finally conquer Taiwan, blockade operations would be far more intense. They could be expected to be concentrated in a short timeframe as a prelude to the coming invasion.[xi]

In this scenario, the PLA would launch an all-out amphibious operation after what it judged to be successful strike and blockade operations. In theory, China could also attempt a bolt-out-of-the-blue or zero warning invasion. However, for a range of practical reasons, it seems probable that the PLA would, at a minimum, first seek to seize localized control over the electromagnetic, air, and sea domains in the Taiwan Strait. Chinese forces would next isolate and/or assault Taiwanese islands in the Strait (Kinmen, Wuqiu, Matsu, Dongyin, and Penghus).

The PLA could then make amphibious and airborne assaults against the main island of Taiwan to seize and secure beaches, ports, and airfields along the coast. Once Taiwanese counterattacks had been destroyed, the Chinese military could build-up landing zones and reinforce their lodgments. Specially-trained mechanized units, supported by attack helicopters and air assault forces, would plunge into Taiwan's depths, seeking to encircle and force the surrender of Taipei and other major cities. If organized military resistance collapsed and the ROC government fell, Taiwan could be cleared of guerillas and pacified. The PLA could institute martial law, while fortifying coastal areas ahead of potential American counter-landings.[xii]

These operations would notionally occur when Chinese authorities viewed attacks on American forces as essential to the success of their operations against Taiwan. In this scenario, China would use military force to carry out offensive operations against American units deployed near the PRC coast and in the Western Pacific. Chinese air assets, supported by army, navy, and rocket force units, would be employed and work in tandem with armed police and militia units in China's civil air defense system. The PLA would strike U.S. military bases to disrupt perceived U.S. air raid plans, while protecting critical Chinese military units engaged in operations against Taiwan. The overriding strategic objective would be to protect the regime in Beijing while securing Taiwan's capitulation.[xiii]

These operations would notionally occur in the event that claimed Chinese territory was violated or occupied by the Indian military and/or attacked by Tibetan freedom fighters. In this scenario, the PLA would seek to counter Indian electronic and cyber attacks, air and missile strikes, and ground assaults. Chinese units would be expected to defend critical positions and then counterattack. The CCP's overall objective would be to destroy India's battle plan, retake any territory that had been lost in the conflict, and return to the previous status quo along the border.[xiv] The PLA would seek to avoid escalation and keep it to a low-to-medium intensity fight. If the Chinese side was successful, envisioned operations would be shorter and less bloody than those directed at Taiwan, and possibly, American forces.[xv]

It is likely that the Chinese military has developed joint war plans for operations other than the five described above. However, the limited evidence available to us at the current time neither proves it, nor details what other imagined conflicts might entail.[xvi] Available sources support a belief that these five are the main drivers of China's military reforms and buildup, and they will continue to shape the way Chinese authorities, including Xi Jinping, invest their time and energies in the national security arena.