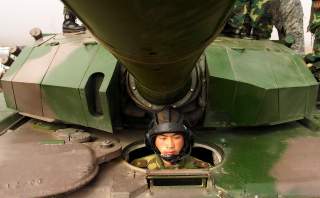 Key point: China's latest tank is a good advancement, but it is still not good enough.