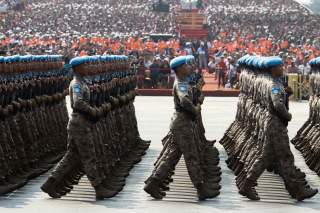 “This was a deliberate and sweeping intrusion into the private information of the American people,” Barr said at a press conference announcing the charges.

According to the indictment, the PLA members obtained sensitive data — including names, social security numbers, addresses, and dates of birth — of 145 million Americans by infiltrating an online portal that Equifax customers use to dispute discrepancies in their credit reports. Another 10 million Americans had their driver’s license numbers exposed through the hack, and 200,000 had their credit card numbers stolen.

The four hackers allegedly masked their location in China by routing traffic through a network of servers in 20 countries.

Barr said at a press conference on Monday that the Chinese government has some connection to 60 percent of all trade secret thefts from the U.S.