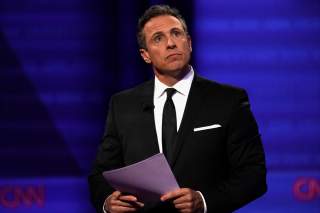 Al-Baghdadi detonated a suicide vest while hiding out in a tunnel inside a northern Syrian compound as U.S. military forces raided, killing himself and three of his children. Trump confirmed that a DNA test determined the body was that of the ISIS leader Sunday morning.

“Abu Bakr al-Baghdadi, dead on this president’s watch,” Cuomo said. “Should he get credit? Hell yeah, he should …”

The CNN host continued on to explain why “a win is never good enough” for Trump, noting that the president said “another president should have gotten him.” Cuomo said he means that “his win must also be a loss for Obama.”

“He should have been killed years ago. Another president should’ve gotten him,” Trump said during a televised speech Sunday. The president did not call out any former president by name for failing to kill the ISIS leader.

Al-Baghdadi was responsible for mass murder and terrorism, leading a group responsible for execution propaganda videos, including the one showing American journalist James Foley being beheaded in 2014. He was also responsible for reportedly repeatedly raping and torturing Arizona aid worker Kayla Mueller after she was taken hostage in 2013. Mueller is believed to have died in 2015.