Citgo: How Russia Could Soon Control a U.S. Oil Company 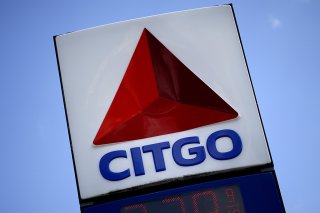 In 2016, the Venezuelan government was desperately seeking financing, with not much success. The economy was crumbling and the state was already over-indebted, with foreign debt obligations exceeding 150 billion dollars, about six times the country’s oil exports of that year. In an attempt to resolve the situation, the Venezuelan government first asked some of its bondholders to swap their bonds closed to maturity for new bonds maturing in 2020. To secure the deal, worth around $3.4 billion, the government collateralized the new bonds with 50.1 percent shares of Citgo Petroleum Corporation, its American-based oil company. Later that year, the Venezuelan government mortgaged the remaining 49.9 percent of Citgo’s shares to the Russian oil company, Rosneft, for a loan worth $1.5 billion.

But as a result of Venezuela defaulting on its foreign debt over a year ago, Rosneft and the remaining creditors are seeking to seize the control of Citgo.

The collateralization of Citgo is problematic for both Venezuela and the United States. For Venezuelans, the transaction was financially shortsighted. Currently valued at $10 billion, Citgo was acquired by the Venezuelan government in 1986 to refine its heavy crude oil and sell it in America. As such, the Houston-based company is of significant strategic importance for the Venezuelan economy. For the United States, a Russian takeover of Citgo would jeopardize its national security, as it would leave Russia as the second-largest foreign owner of U.S. refining capacity. Citgo owns oil and gas pipelines throughout the country, about five thousand gasoline stations in thirty states, and three major refineries with the capacity to process 750 thousand oil barrels per day, making it the sixth-largest refinery network in the United States.

To avoid an eventual seizing of Citgo, the American-backed Venezuelan interim government, led by Juan Guaido, filed a lawsuit in a U.S. District Court in New York. In the lawsuit, the plaintiffs argued that the bonds, collateralized by Citgo, were “null and void,” as they were issued without the approval of the Venezuelan national assembly, in non-compliance with the Venezuelan constitution.

However, last month, the relevant U.S. district judge, Katherine Polk Failla, ruled in favor of Citgo’s creditors, stating that “Venezuela has no power … to stop defendants from enforcing their contractual remedies.” The judge added that ruling otherwise would compromise “New York’s status as one of the foremost commercial centers in the world,” and that the court had to ensure that “creditors entitled to payment in the United States … may assume that … their rights will be determined in accordance with recognized principles of contract law.”

Because of this decision by the court, the United States’ Department of the Treasury is now the only institution stopping Citgo’s takeover by the Russians. In October 2019, the Treasury’s Office of Foreign Assets Control issued a prohibition preventing the selling and transferring of Citgo’s shares. The prohibition was then renewed earlier this month, and it is now effective until January 19, on the eve of Inauguration Day.

It is crucial that Joe Biden maintain the Treasury’s prohibition over the commercialization of Citgo.

I would also recommend the incoming administration to directly intervene in the deal through the Treasury’s Committee on Foreign Investment in the United States, which has the authority to review mergers, acquisitions, or takeovers that fall into the following criteria: (1) the acquirer is controlled by, or acting on behalf of, a foreign government; 2) the deal can affect U.S. national security; and (3) the deal could potentially disrupt interstate commerce. This committee could, for instance, approve the purchase of Citgo’s shares by U.S. entities. This would not be difficult, given Citgo’s profitability and how undervalued its shares are under its current collateralization deal.

The committee should also work alongside the State Department, so the deal can be designed in synergy with America’s foreign policy objectives in the region. The buyers could pledge to use a portion of Citgo’s revenues to support the humanitarian crisis unfolding in Venezuela, as according to the United Nations, more than seven million Venezuelans urgently need humanitarian aid, such as medical treatment, shelter, sanitation, and food.

Citgo’s revenues could also be used to mitigate the costs that the Venezuelan crisis is inflicting upon its neighbor countries. For instance, the security costs associated with safeguarding the Colombian border, which is key to Colombia’s peace process with the FARC. As well as the costs related to Venezuela’s migration of over five million people, which is similar in size to the Syrian refugee crisis, yet the international community has spent on Syria over ten times more than on Venezuela.

For these reasons, preventing Citgo’s takeover by the Russians is key to not only strengthen the U.S. national security but also advance America’s foreign policy objectives in the region.

Jorge Jraissati is a Venezuelan economist and the president of the Venezuelan Alliance, an international non-profit that explains the causes, analyses the consequences, and brings about solutions to the Venezuelan humanitarian crisis. Jorge has spoken on this issue at universities like Harvard, NYU, and Cambridge.