Coal versus Wind, Renewables, and Electrical Grids (Who Wins?) 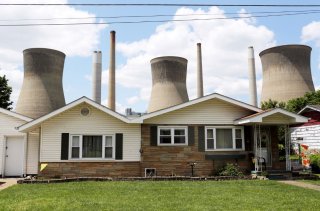 C.S. Lewis described the grip moral relativism has on the human condition. Lewis implied wise old men who were once wise, but now in power, face the cardinal problem of reality; the soul, the solution of knowledge, and by wit self-discipline and virtue are thrown out the window if profitable off the backs of taxpayers and the global poor. This non-cogent belief has gripped energy, electricity, and electrical grids like never before.

Without reliable electricity modern life doesn’t exist—and why the move to an all-electric society is such a bad idea. Most leaders in the West do not understand this reality.  It’s why over 3 billion still live-in squalid poverty while the West successfully fights COVID-19 with products from crude oil. Grids cannot function without energy sources that are abundant, reliable, scalable, affordable, and flexible. Currently, only coal, natural gas, oil, petroleum, and nuclear energy meet this criteria. Even natural gas has limitations compared to coal, because natural gas-fired power plants “depend on just-in-time fuel deliveries,” which aren’t reliable in extreme weather.

Whether in German winters, California summers, or Texas polar vortex storms. Electrical grids are fragile, and need proper management consistently, or blackouts will happen. Trillions are needed to upgrade and build new grids in the U.S. and globally if renewables continue being deployed for electrical generation.

So is coal the answer? The Chinese government seems to think so by building more coal-fired generation capacity than the entire U.S. coal fleet. Coal keeps Chinese factories always producing, making China the manufacturing capital of the world. Chinese coal use is why the misguided U.S. focus on climate change and renewables is a non-sequitur to change global behavior. The U.S. could literally shut down and cease to exist, and global emissions will still climb. Decades ago the U.S. understood reliable electricity was the key to a thriving nation and healthy environment.

If coal isn’t the answer for the U.S. and western-aligned nations, then why not wholeheartedly endorse renewables? Because renewables are intermittent, unreliable, and cannot generate on-demand power for the grid. The Texas grid debacle’s main culprit was wind turbine mismanagement, reliance on a source of energy that suffers disruptions, and spending billions of taxpayer monies for renewables instead of fortifying fossil fuel and nuclear power plants. Maybe in the future wind turbines and solar panels will move past their intermittent limitations.

Ambitious plans to curb fossil fuel and nuclear usage by the Biden administration are foolish when “the majority of world’s primary energy is still derived from fossil fuels (and) major economies are embracing fossil fuels at a record rate.” There are facts about renewables that need to be understood to keep electrical grid blackouts from becoming a western phenomenon. The time for finger-pointing is over, and honesty about green energy constraints needs to be the norm.

A majority of industrial wind turbine energy to electricity projects are environmentally destructive, and a net economic liability to host communities, counties, states, and countries approving them. Since environmentalist influence is growing in the West, famous environmentalists such as Bill McKibben seemingly welcome this destruction, as opposed to understanding the wind and sun are net burdens on electrical grids. Significant evidence actually points to wind turbine farms being a climate detriment. Offshore wind is worse than onshore wind for reliability, climate mitigation, and economic feasibility. Germany is the best example for how wind power has failed, and will doom their clean energy transition.

The German electrical grid now uses coal overwhelmingly to backstop intermittent renewables. Berlin is now weighing an “electricity rationing scheme to stabilize its now shaky green power grid.” Even if Germany along with Texas had utility-scale battery systems they wouldn’t help. Utility-scale grid storage batteries aren’t capable of replacing fossil fuels or nuclear when renewables fail; and there aren't enough rare earth minerals in the world currently being mined to make battery systems for utilities a reality where enough electricity is stored for days and weeks at a time under any type of weather system or grid anomaly.

The human rights abuses of mining for rare earths such as lithium, cobalt, nickel, and manganese is the untold story of this century.

Unless reality prevails in energy and electricity policies over green politics—blackouts are America’s future. Before COVID-19, Texas was the third-largest producer of oil and natural gas in the world, but still had a blackout. If it wasn’t for the over 400 percent increase in natural gas usage to restart the Texas grid it could have literally exploded and taken months or years to turn the lights back on consistently. Now America’s energy supply is being decimated over a proposed Green New Deal, which doesn't work under current technological constraints.

“Energy physics” dictates a modern world, or one straining to leave poverty cannot power itself on the wind and the sun. Australia is finding this out by unwisely closing economic output without having a plan for how “green-tech energy” will overtake coal’s ability to have never-ending electricity. Green jobs are a myth since most of them go to India and China. Global and U.S. job growth depends on coal, or at the very least, natural gas and nuclear.

Behind this growth are stable grids that few understand. Winter storms and hot weather shouldn’t be reasons why grids don’t work by overreliance on renewables, otherwise prepare for “energy shortages, costs hikes and rationing.”

Wind power cannot at this time meet the needs for constant energy to electricity for grids—and it’s false—to believe they are working as advertised. Taxpayer subsidies are being wasted on renewables as the recent Nor'easters, Texas deep freeze, China’s record low temperatures and German embrace of coal have shown. The U.S. and world have genuine energy challenges. Possibly, wind, solar, and utility-scale batteries can play some role in consistent electricity. Until that takes place coal, natural gas, and nuclear are the only sources of energy to electricity that provide this benefit for grid stabilization and human longevity.

Todd Royal is an author and consultant specializing in global threat assessment, energy development and policy for oil, gas, and renewables based in Los Angeles, California.

Why Renewable Energy Is a Technical Reality But An Economic Disaster