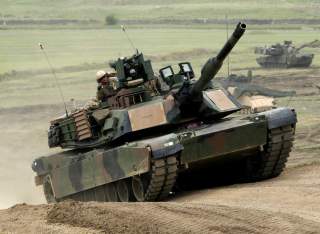 Key point: A nuclear tank was a terrible idea that not only would not have worked well but would have been an environmental disaster. However, Cold War America was willing to try all kinds of wonder weapons.

Michael Peck is a frequent contributor to the National Interest and is a regular writer for many outlets like WarIsBoring. He can be found on Twitter and Facebook. This first appeared in 2017.