To Combat Recession, the Fed Should Stop Paying Interest On Bank Reserves...Now 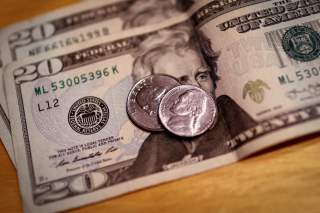 In the last week, the Federal Reserve has taken several strong measures to prevent the coronavirus epidemic from leading to a broad economic slowdown. For the most part, these have been smart moves, although they probably would have been more effective if they had come weeks earlier and all at once.

First, the Fed announced an emergency 0.5 percentage point (50 basis point) cut in their interest rate target. It was the first time since the 2008 financial crisis that it has changed the rate target between scheduled policy meetings.

Next, the Fed announced plans to inject another $1.5 trillion into short-term credit markets through its repurchase agreement (repo) operations. The amount could actually be much larger than $1.5 trillion.

Finally, on Sunday, the Fed decided to cut its target range for the federal funds rate (to 0-1/4 percent), and to announce a new round of quantitative easing (QE) that will include purchases of up to $500 billion in Treasuries and $200 billion in mortgage-backed securities. The Fed also slashed the rate on discount window lending, announced support for firms to use their own liquidity buffers, and reduced reserve requirements to zero.

Unlike its efforts during the initial stages of the 2008 meltdown, these actions provide liquidity in an effort to head off an economic slowdown. That’s exactly what the Fed should be doing.

Buying Treasuries puts more cash in the system and adds to the reserves that banks can use to make loans and provide liquidity. The repo operations do essentially the same thing.

But something the Fed did in 2008 cuts against these moves. That policy, called "paying interest on excess reserves" or IOER, explicitly rewards banks for holding on to the new reserves rather than lend them out.

It was a mistake then, and it’s a mistake now. Rather than improve liquidity, it has kept much needed money out of the economy. That’s because IOER gave banks a new profit opportunity: a risk-free return on excess reserves. In many cases, this option trumps lending money to businesses.

Now is no time for contractionary policy. It is, however, the perfect time to stop paying IOER. That would get more liquidity into the economy and help prevent a collapse in spending. (The Fed will also have to make good on the promise to be more flexible with its liquidity rules.)

Just like in the early stages of the 2008 crisis, now is not the time to be worried about creating too much inflation. At worst, this move will release another $1.5 trillion in reserves. Given the Fed’s decision to cut reserve requirements to zero, it makes even less sense to continue paying IOER now. Yes, the IOER rate is close to zero, but what matters is the IOER rate relative to other rates. And there simply is no reason to have a nonzero IOER now.

This change could even help the Fed clean up its crisis prevention policies later on.

The Fed has long struggled to shrink its bloated, post-2008 balance sheet and get back to “normal” monetary policy, partly because it has been hesitant (rightfully so) to quickly sell off its crisis-era assets and shut down the IOER framework. The fears over the coronavirus provide the perfect opportunity to finally clean up the IOER mess that the Fed started in 2008.

In the meantime, the Fed should do all it can to prevent a total collapse in spending, perhaps even creating a standing repo facility.

All of these moves are meant to provide liquidity so that the Fed can help stem a broader economic collapse. There is no reason to wait.

Norbert Michel is the director of The Heritage Foundation’s Center for Data Analysis. A distinguished visiting fellow at Heritage, Stephen Moore manages the think tank’s Project for Economic Growth.