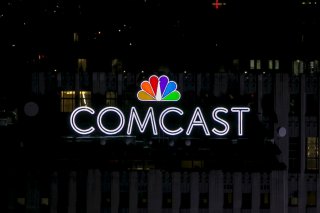 Back in late August, Comcast and Charter, the two largest cable companies in the United States, announced a surprising collaboration: a joint venture in which the two would work together to develop “a next-generation streaming platform.”

The deal includes both licensing of existing Comcast products to Charter, such as the Flex streaming platform and Xumo streaming service, as well as the development of new products, on which the companies will work together.

“We’re thrilled to partner with Charter to bring this platform and its award-winning experience to millions of new customers. These products are all designed to make search and discovery across live, on-demand, and streaming video seamless and incredibly simple for consumers,” Dave Watson, CEO of Comcast Cable, said when the venture was announced. “This partnership uniquely brings together more than a decade of technical innovation, national scale and new opportunities to monetize our combined investment.”

Watson spoke this week about the company’s plans for the joint venture.

According to Fierce Video, the executive talked about how Comcast is “extremely focused” on growing the number of U.S. operators who license the technology. The comments came at the MoffettNathanson's Media & Communications Summit conference.

“In the U.S. most certainly we’re going to be doing that,” Watson said, per FierceVideo. “We are extremely focused on growing the operators.”

“For us, we just want to compete against great platform operators and provide a great experience,” he said. “I think we can do it and our focus will be in the U.S.,” he added.

“There’s lots that we’re going to be aggressively pursuing on that platform,” Watson said at the conference. “So yes, there are tradeoffs happening in video, but the platform side I’m pretty excited about.”

The report also said that next year, Charter expects to roll out 4K streaming devices and voice remote through the joint venture.

The comments came after the latest quarterly report from Leichtman Research Group, which found that Comcast lost 512,000 subscribers in the first quarter, while Charter lost 112,000. They are still, however, way ahead of the competition, with 17.6 million and 15.7 million remaining subscribers, respectively. Overall, the cable industry lost 825,308 subscribers in the quarter, out of a total of 1,955,000 in the entire pay-TV industry.