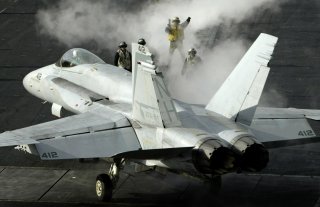 The term “Internet of Things” originated before most Americans had ever heard of the Internet. In a speech to the Congressional Black Caucus Foundation 15th Annual Legislative Weekend in Washington, DC in September 1985, Peter Lewis told attendees, “The Internet of Things, or IoT, is the integration of people, processes and technology with connectable devices and sensors to enable remote monitoring, status, manipulation and evaluation of trends of such devices.” Lewis was the co-founder of the first U.S. cellular telephone company, Cellular One.

Today, IoT is largely about making people live and work smarter—from smart home devices to self-driving cars. IoT has also become crucial to the business as it can improve the performance of machinery to help supply chain and logistics operations. It may not just be civilians at home or in the business world that benefit from IoT—it could have innumerable applications for the military.

The Internet of Military Things

There have been countless military innovations that have trickled down to the civilian world—from radar to jet aircraft—but the Internet of Military Things (IoMT) is one where technology developed for civilian applications could, in turn, be militarized.

IoMT is in an early stage of development, however, its ability to speed up and increase the efficiency of the “observe, orient, decide, act” (OODA) loop could make it an invaluable tool in the hands of advanced militaries, suggested researchers at data and analytics company GlobalData.

Soldiers and decisionmakers can now be thousands of miles away, but as modern warfare has become increasingly information-based there needs to be a continual flow of up-to-date information to quickly provide the data to make the best decisions possible.

“Information always has been, and always will be, at the center of warfare and to maintain and increase competitive advantage in war, forces must understand and exploit the vast and constant streams of data collected on an array of connected things. The insights that can be derived from IoMT have the potential to transform warfare and serve as a force multiplier," explained Dr. Lil Read, thematic analyst at GlobalData, via an email.

The individual elements of C4ISR provide situational awareness, communication and planning, while IoMT can be the tools and devices to bring all that information together into a single ecosystem. IoMT could employ multiple sensors deployed across various domains to acquire full situational awareness and control over diverse conflict zones and battle areas.

“There are multiple barriers and challenges to the widescale adoption of IoMT, even by advanced forces with large budgets,” added Read. “Tradeoffs in successful IoMT implementation will exist between interoperability, seamless information sharing, decision-making, and opening up the cybersecurity threat landscape.”