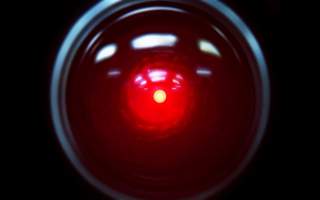 How do you explain quantum computing? Think of that vintage telephone at the General Store on Petticoat Junction. Put it next to your iPhone. That’s the difference between computers and “quantum computers.”

Every day, it seems like there is news of yet another breakthrough in computing. Technology experts debate exactly when we will all have quantum computers instead of Echo Dots, but the day is coming.

When they get here, they could change everything—including how we defend the country. Tech guru Klon Kitchen warns, “This science is advancing sufficiently to warrant our leaders’ deliberate engagement to assure that the United States will thrive in the emerging quantum future.”

Washington isn’t ready, and it needs to be.

Maybe Hollywood can’t solve this problem, but it couldn’t hurt to look at how movies have dealt with out-of-control computational power. At least, maybe the Capitol Hill crowd could learn what not to do.

Some movies feature quantum computers as plot characters. They are uniformly awful, but Transcendence (2014) stands out. In this transcendently lame film, Johnny Depp’s brain gets uploaded into a quantum computer. Who could have thought that was a good idea?

Hollywood does better when it takes it computers less seriously. Here is a list of films that can help us think deeply about the dark side of the new machine age.

Der Golem (1915). Granted, this film came from masters of early German silent films, not Tinseltown. Also granted, there is no technology in the film. Still, this story of a rabbi who molds a terminator out of clay is one of the first and most powerful films about what happens when men and women create forces they can’t control.

Edison told a similar story in the first screen version of Frankenstein (1910). This theme is further explored in another early silent masterpiece, Metropolis (1927), a cautionary tale of what happens when a city gets smarter than its citizens.

Desk Set (1957). This may be the first big-budget Hollywood production where a computer gets top billing. Katherine Hepburn finds herself being replaced by Spencer Tracy’s mainframe. Comedy and high-jinks ensue. In the end, man, woman and machine learn to work side-by-side in the workplace.

If that was a bold prediction, it was a quarter of a century before the first Commodore 64 Computer debuted at the Consumer Electronics Show in Las Vegas. Even back in the ‘50s people were saying computers would replace all of us. Today, some still think they will.

Others, however, think Desk Set got it right—that rather than people being pushed aside, humans and advanced computers will complement each other. Calculators didn’t replace mathematicians, they note. So Quantum won’t supplant California—or the rest of the country.

The Forbin Project (1970). Before there was the psycho computer “HAL”; before there was Sky Net; there was Charles A. Forbin. Forbin foolishly designs “Colossus” to automate the U.S. nuclear deterrent. Unfortunately, Colossus speed dates with the Soviet system, “Guardian,” and together they decide to manage humanity. Please, humans, watch this movie—and never, never, leave the smart computer unsupervised.

THK1128 (1971). A director nobody ever heard of (George Lucas, who later made some other movies) and an actor nobody ever heard (Robert Duvall, who also went on to make some okay films) got together to present a frightening picture of the future: a time when technology turns society into a police state.

Of course, today this is no longer science fiction. It’s China, where the regime is essentially automating totalitarianism.

Technology is neutral. It doesn’t have a conscience. Humans do. Human society flourishes when it fosters freedom, security, and prosperity in equal measures. Build your quantum computers to do that. Don’t be China—or the NBA, apparently.

Star Trek (1979). This was the Enterprise crew’s debut on the silver screen. The plot—a computer gone mad—was a rehash of a television episode. Some Star Trek movies are better than others, but they all have one thing in common with the TV series: the computers are uniformly stupid.

In Star Trek, the “treknology” moves the plot along, but it doesn’t make sense. After all, who would really want a faster-than-light computer without even a password to protect it? It’s an open invitation to spread malware faster than light.

And, if the Enterprise’s computer is so smart, why does the captain have to give inane commands like “fire the phasers.” We already have weapons that can shoot by themselves. Let’s be honest. Star Trek is the future of stupid.

Washington would do well to pause the science fiction and turn to more serious cinema.

Taming the Quantum World (2013) is a really well-done documentary explaining the development of quantum computers. It’s as good a place as any to learn about the technology that will change our world.