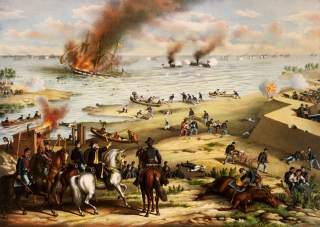 Key point: It turns out that a Confederate engineer actually did design a helicopter back in 1862.

It is the the sound of Confederate general George Pickett’s 13,000-strong division landing behind Union lines.

This article originally appeared several years ago and is being republished due to reader interest.