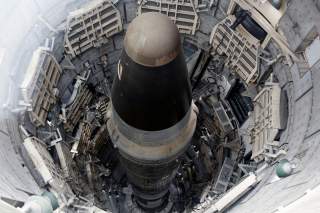 The conference version of the FY 2020 National Defense Authorization Act (NDAA) is a boon for the Trump administration’s questionable nuclear and missile defense initiatives. Once the bill is signed into law the Department of Defense will have the green light to continue its nuclear modernization plan and wholesale expansion of missile defense capabilities set forth in the 2018 Nuclear Posture Review (NPR) and 2019 Missile Defense Review (MDR), respectively.

The administration claims that both new low-yield nuclear weapons and an expanded missile defense system are necessary to protect U.S. interests and strengthen deterrence in a new era of great power competition. However, these arguments rest on flawed assumptions and will likely make deterring nuclear conflict more difficult in the long run.

America’s nuclear deterrence strategy, like its approach to foreign policy in general, suffers from a lack of prioritization. The essential goal of nuclear deterrence is preventing nuclear attack against the United States and its allies, but Washington wants its nuclear forces to do more. The 2018 NPR sees a role for nuclear weapons in preventing “significant non-nuclear strategic attacks,” in addition to hedging against uncertainty, two goals that are both ambitious and amorphous. With so many self-imposed bases to cover, it’s no surprise that Washington thinks it needs to make good on the Obama administration’s nuclear modernization plan while also introducing the two new nuclear weapons outlined in the 2018 NPR.

A similar dynamic is affecting U.S. missile defense policy. The 2019 MDR calls for expanding existing missile defense capabilities and adding new systems that can improve defense against new offensive weapons. One of the most worrying new offensive capabilities is the hypersonic glide vehicle, which adversaries developed to counteract earlier U.S. missile defense expansions. The 2020 NDAA deserves some credit for zeroing out funding for a particle beam capability and space-based interceptors, but these are relatively minor and easy victories. The bill also authorizes $1.237 billion for the ground-based midcourse defense system, the least reliable and most destabilizing part of America’s missile defense architecture despite the program wasting roughly $700 million on a new kill vehicle that was cancelled earlier this year.

One area where the FY 2020 NDAA deserves praise is its commissioning of multiple studies on pressing strategic questions. The topics for nuclear weapons and missile defense related studies include: the consequences of the United States adopting a no first use policy; cost savings of alternative nuclear force structures; and the impacts of missile defense deployment on nuclear stability. The nuclear and missile defense policy decisions made over the next few years will affect America’s nuclear deterrence and arms control strategies for decades to come. These questions deserve greater study and examination, and I hope that all the studies will be made public.

To learn more about the shortcomings of U.S. nuclear policies and the important choices policymakers will be making over the next few years, check out the Cato Institute’s latest nuclear-focused publication America’s Nuclear Crossroads: A Forward-Looking Anthology.

This article by Eric Gomez first appeared at CATO on December 11, 2019.