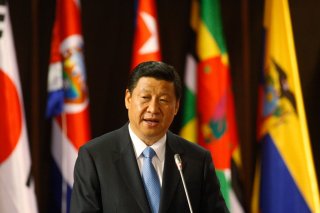 The lessons of the Cold War loom large as China continues to escalate its influence efforts in Latin America. The region has always been an attractive target for adversaries seeking to increase pressure on the United States close to home, at times with near-disastrous consequences, which makes Washington’s regional interests almost synonymous with securing the homeland. But much has also changed in recent decades. Notably, Latin American countries have made significant economic and political progress and deepened their relationships with countries beyond the hemisphere. For the United States, the regional challenges posed by China are different than those the Soviet Union posed—the most potent weapons for today’s competition are economic investment and diplomatic influence, not AK-47s.

2021 is a pivotal moment for U.S. foreign policy in Latin America. The Chinese Communist Party (CCP) is already using the recovery from the Covid-19 pandemic to advance its interests. The promise of vaccines and assistance from Beijing is putting pressure on countries to open their economies to more Chinese infrastructure and technology investment, including projects that could undermine the ability of American companies to compete in the region. To meet this moment and help the region recover from the pandemic, Congress should seize the opportunity to bolster U.S. economic and diplomatic engagement in Latin America. The Senate-passed U.S. Innovation and Competition Act (USICA) is an important starting point, but lawmakers should take additional steps to strengthen the package as it moves through the legislative process.

Competing with China in Latin America will require policymakers in Washington to accept, as is already widely recognized in the region, that Beijing is going to be a major player and remain a significant trading partner for many countries in the coming years. China has already surpassed the United States as the leading destination for Latin American exports (excluding Mexico), and Chinese investments in the region have exceeded $200 billion since 2005 with little sign of slowing down. Given this reality, U.S. policy in the region should focus on preventing strategic adversaries from having the ability to threaten U.S. influence and security interests, not attempting to decouple the region from China. Further, Washington should ensure, as Congressman Mike Gallagher (R-WI) has argued, that “allies and partners have the confidence and the ability to choose their own path, free from economic and military coercion” while recognizing that the CCP can threaten that freedom of action.

USICA makes important strides towards these strategic objectives by building on existing diplomatic efforts and development assistance programs. One notable provision authorizes the United States to support an $80 billion capital increase for the Inter-American Development Bank (IDB). IDB is a multilateral development bank that has a long history of supporting successful economic development in Latin America. Expanding IDB’s lending capacity will strengthen the region’s proven partner for infrastructure and development projects and make Chinese capital less attractive. The Western Hemisphere strategy and reporting requirements in USICA will help focus U.S. diplomacy and development programs on supporting key partners while also competing with China. Finally, new initiatives to increase U.S. digital and cybersecurity cooperation and investments will help push back against Chinese efforts to dominate the region’s technological infrastructure.

There are several additional areas, however, where Congress should do more to improve U.S. engagement in Latin America. For example, Congress should give the U.S. International Development Finance Corporation (DFC) the ability to support significantly more investment in Latin America. Lawmakers created DFC in 2018 to expand development lending capacity and make equity investments in developing countries, but disagreements about how to score equity investments for budget purposes have constrained the DFC from realizing its full potential. Treating equity investments like normal spending ignores the budgetary impact from future returns, forcing Congress to make a false choice each year between supporting more DFC investments and funding foreign assistance programs during the appropriations process. With Latin America already representing over 28 percent ($8.5 billion) of DFC investment commitments, solving this problem could unlock billions of dollars in U.S.-backed capital for the region.

Additionally, the United States should focus its economic efforts on specific sectors that implicate critical security or commercial interests in Latin America to compete with China. Trying to detach the region from Beijing is not realistic and would undermine American credibility. Instead, the United States, in collaboration with its allies and partners, should focus on areas where Chinese activity in a country would threaten national security or democratic values, undermine the country’s long-term economic future, or prevent foreign firms from competing by controlling critical infrastructure or putting intellectual property at risk. These challenges are particularly acute in the technology sector, where Chinese domination of telecommunications or smart city infrastructure could create network vulnerabilities that prevent U.S. security cooperation or investment by American firms.

Successfully implementing this strategy will require clear communication and signaling to countries in the region and providing viable alternatives to malign Chinese investments that are backed by financing and development assistance. Congress should play a leading role in this process by requiring the executive branch to develop a list of priority economic sectors for Latin America. Congressional oversight and funding priorities should support efforts to compete in those sectors as part of a broader regional strategy also focused on governance and security challenges.

The growing focus on China and the Indo-Pacific in Washington has been a positive development, and there is real bipartisan energy on these issues on Capitol Hill. However, the United States cannot ignore that the CCP is serious about competing with America everywhere, including in our own hemisphere. Latin America is a region with significant economic potential, and its countries have a multitude of interests and approaches vis-à-vis Beijing. Confronting these challenges will require the United States to double down on economic and diplomatic engagement with our neighbors and be clear-eyed about the issues China is already creating in the region. Opportunities for significant bipartisan legislative action on foreign policy challenges are rare. Congress should use this moment to advance these policies and reassert American leadership in Latin America.

Connor Pfeiffer is a former senior congressional aide to former Congressman Will Hurd (R-TX). He advised Hurd on national security and technology issues, including U.S. foreign policy in Latin America. His Twitter handle is @ConnorPfeiffer. The views expressed here are his own.