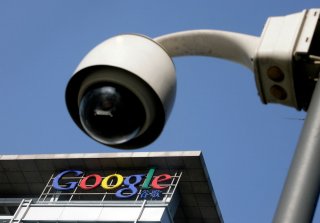 There is one more area in which strong national leadership is called for to curb the pandemic. The President should call on Congress, and it should act swiftly, to suspend privacy laws for 90 days, for now. There are some indications that even privacy advocates will find such a suspension acceptable if it was a short-term measure and safeguards against abuse were put in place.

The suspension is needed because one of the most effective ways for fighting the spread of the coronavirus is the use of surveillance and facial recognition technologies to track those infected and to enforce the self-quarantine of them and those they have interacted with. These technologies have been employed to great benefit by South Korea, Taiwan, and Singapore; Israel is considering going even further, putting to work the full array of its antiterrorist technologies. However, in the United States, it is local authorities who are leading the drive against the pandemic in the face of less than clear and consistent leadership from Washington. These local governments are reluctant to proceed because they are concerned that such a move might be considered a violation of various privacy laws. Moreover, Google and Facebook, which have the necessary data, are reluctant to share it with the government, fearing that they will run afoul of privacy laws and face the ire of their users.

Beyond the laws, there are public perceptions and American norms that strongly favor being left alone. Those perceptions and norms would also be attenuated if the White House and Congress—in concert with civil rights leaders—declare that the pandemic requires a period of granting priority to the common good, to public health, over the way individual rights are protected in more normal times. It is reassuring that Adam Schwartz, a senior lawyer from the Electronic Frontier Foundation, an advocacy organization that deals with the nexus of technology and civil liberties, told the Wall Street Journal: “We understand that given we are in this crisis, that some temporary adjustment of our digital liberties may be necessary, however it’s really important that those adjustments be temporary.”

Other privacy advocates, such as Al Gidari, the director of privacy at the Center for Internet and Society at Stanford Law School, hold that the use of the needed data is acceptable if there are safeguards that the information will not be used for other purposes by the government, such as the FBI and IRS. (I personally hold that the FBI should be able to use it for major crimes such as murder and rape, but this is not the time to sort this out.) Arthur L. Caplan, a New York University School of Medicine professor of bioethics, told the New York Times, “HIPAA [the Health Insurance Portability and Accountability Act], the nation’s medical privacy law] was written for a time when there were paper charts,” and this pandemic “will cause us to rethink a lot of things.” The New York Times reports that, “[a]lready, the Trump Administration waived some provisions of the law this month.”

Americans tend to talk as if individual rights, especially privacy, have an unquestionable, incontestable right of way. The cry of “Give me liberty or give me death” captures this uncompromising American ethos. In fact, however, the United States has never considered privacy rights absolute, and courts always include concern for the common good (although they refer to it as the public interest). The Fourth Amendment protects people from “unreasonable searches and seizures.” That is, it recognizes on the face of it that there are searches that are reasonable and, thus, fully constitutional. The courts have repeatedly established that, when the public interest is high and the intrusion into people’s personal lives is small, the search is reasonable. Thus, the Supreme Court held that routine government inspections of homes to ensure that they were in compliance with housing code was permissible, despite the fact that such searches did not involve any sort of particularized suspicion. The Court upheld the constitutionality of sobriety checkpoints where every vehicle is stopped, whether or not there is any reason to suspect that a specific driver is drunk, because “the gravity of the public concerns” is at stake. The Transportation Security Administration not only lawfully looks into every bag carried onto planes, but also under individuals’ garments, searching many millions of Americans every day—all those who travel by air—despite lacking individualized suspicion and warrants. Curbing the virus surely qualifies as a clear and present danger.

At the same time, America has historically granted more weight to individual rights than many, if not all, other nations. (The United Kingdom ranks second in this regard.) For instance, many democracies ban hate speech, while U.S. laws allow it. This is one reason America and the United Kingdom are finding it more difficult than other nations to implement the necessary measures to curb the spread of the deadly virus. As William A. Galston noted in the Wall Street Journal, “Not only has our testing regime been woefully inadequate, but U.S. politicians and health authorities were very slow to impose—or even recommend—the stringent social distancing needed to slow the virus’s spread once containment efforts had failed. Inevitably, the U.S. peak infection rate will be much higher than it could have been.” There is no need or reason to seek now to permanently upend America’s long-held normative tradition of cherishing individual rights, but one must find ways to temporarily suspend some aspects of it.

A particularly difficult part of the new balance between rights and the common good is that we are dealing with public health. People who have the disease or have been in contact with those who have it are asked to self-segregate, mainly not to help themselves, but to protect those they love—and the public. They will be more inclined to do so if public leaders herald such behavior as a noble act of public service.

Amitai Etzioni is a University Professor and professor of international affairs at The George Washington University. His latest book, Reclaiming Patriotism, was published by University of Virginia Press in 2019 and is available for download without charge. For more discussion of the topics see an article “Public Health Law: A Communitarian Perspective,” and two books: The Limits of Privacy, and Privacy in a Cyber Age.