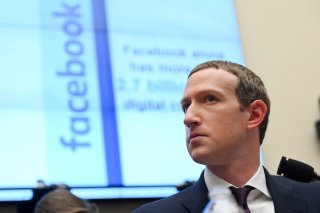 Four of the nation’s largest and most powerful tech companies battled allegations of political bias during a heated congressional hearing on Wednesday.

The House Judiciary Committee Subcommittee on Antitrust Issues hearing, which was originally scheduled for Monday but pushed back two days after a memorial to Rep. John Lewis (D-Ga.), featured testimony by CEOs Jeff Bezos of Amazon, Tim Cook of Apple, Sundar Pichai of Alphabet and Mark Zuckerberg of Facebook. All four men testified remotely from their offices, as did several members of the committee, although most committee members appeared in person on Capitol Hill.

Rep. Jim Jordan (R-Ohio), the ranking Republican on the judiciary committee, almost immediately launched a long speech about how “Big Tech is out to get conservatives,” and listed several incidents in which prominent conservatives were suspended from social media platforms, or right-leaning websites were dropped in Google’s search rankings, and the changes were blamed by the companies on “glitches.” Jordan claimed that the Breitbart News Network lost 99 percent of its traffic following a Google algorithm change, was quickly challenged on social media.

When Rep. James Sensenbrenner (R-Wis.), the ranking member on the antitrust subcommittee, had his chance to question the witnesses, he asked Zuckerberg about the temporary suspension from Twitter earlier this week of the president’s son Donald Trump, Jr., who had his account frozen for twelve hours Tuesday after he tweeted scientifically dubious claims about the drug hydroxychloroquine. Zuckerberg reminded Sensenbrenner that Trump’s account had been suspended by Twitter, while he is the CEO of Facebook. Twitter did not participate in the hearing, although Jordan stated that the company had been invited.