Cooks, Servers and Dishwashers Almost Shut Down a Democratic Debate, Showing That Unions Have Political Clout 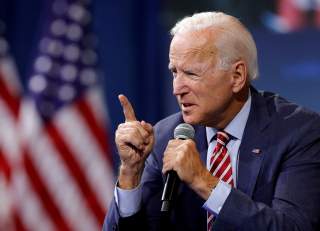 Organized labor’s clout in the Democratic Party is growing. For evidence, look no further than the small California food services union that nearly managed to shut down a presidential debate.

Unite Here Local 11, which represents 150 cooks, dishwashers, cashiers and servers, had planned to picket the Dec. 19 debate at Loyola Marymount University in Los Angeles, where they work for Sodexo, a food contractor. The dispute involved their struggle to negotiate a collective bargaining agreement on better terms.

All seven candidates invited to participate, starting with Sen. Elizabeth Warren, said they would refuse to cross a picket line to take the stage.

After the candidates pulled out and Democratic National Committee Chairman and former U.S. Labor Secretary Tom Perez got involved, the national spotlight helped the groups quickly secure a deal that allowed the event to take place. The tentative agreement included a three-year contract, a 25% increase in compensation and a 50% drop in health care costs for the workers, many of whom make at or slightly above the minimum wage.

That the labor movement is a key constituency for the Democratic Party is hardly new. But I believe, in part based on my research on unions in Nevada, there are some differences that may make labor even more important as we head into 2020.

The first difference is the electoral map.

Today, many of the places where labor is strongest are key swing states like Michigan, Wisconsin, Pennsylvania and Nevada, with union membership near or above 10%. In states like these where the margin of victory is expected to be very tight, union members will be critical for the Democratic nominee.

Going into the 2016 election, these states were expected to be safely “blue” in favor of Hillary Clinton. But President Donald Trump’s victories in places like Michigan and Pennsylvania show that none of them can be taken for granted, putting more attention on gaining workers’ support.

Second, with the decline in manufacturing in the Upper Midwest, service unions have become especially important. This matters because service unions, which interact with the public much more than manufacturing workers, can bring more publicity and political clout to their labor disputes in schools, hotels and the streets of heavily populated urban centers.

One of the most powerful examples is the Culinary Workers Union in Las Vegas, which is affiliated with Unite Here. The union recently hosted three top Democratic candidates – Joe Biden, Bernie Sanders and Elizabeth Warren – to address its members as it mulls which one to back ahead of the Nevada caucuses in February 2020.

The union is seen by many as responsible for flipping Nevada’s state legislature and the governor’s mansion from red to blue in recent elections. And its get-out-the-vote operation helped the Democratic candidate in the last three presidential elections pick up the state. This strength of labor in what is a right-to-work state – which allows workers to not pay any dues to the union that represents them – is what I have dubbed the “Nevada paradox.”

The fact that Unite Here used the Democratic debate to help its cause is no accident. Its president, Donald “D” Taylor, has been vocal about the need for the Democratic Party to not take labor’s support for granted.

On issues like health care, immigration and efforts to organize at nonunion casinos on the Vegas strip, Taylor has demanded that candidates back up their words with action, including walking the picket line if necessary.

As such, his union has been a model of political engagement for the rest of the labor movement. And it shows that the candidates should expect organized workers to have a larger voice than usual as they vie to be the nominee to take on Trump.