The Cord-Cutting Trend Continues to Rise 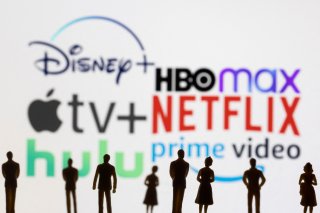 The growth in the cord-cutting trend that began during the early days of the pandemic is expected to continue in the coming years. Data suggests that “traditional pay-TV penetration” will drop below 50 percent for the first time in 2026.

“The US lost 6 million pay-TV subscribers each year from 2019 to 2021,” Simon Murray, Principal Analyst at Digital TV Research, said in the report. "Losses will decrease from now on, but the 2027 total will be 12 million lower than 2021.”

In addition, the report found that the number of households without a pay-TV subscription is expected to jump to 72.86 million in 2027. In 2021, according to Digital TV Research, there were 19.8 million satellite subscribers and 45.7 million digital cable subscribers. By 2027, those numbers are predicted to drop to 14.6 million and 41.2 million, respectively.

Streaming services, meanwhile, added a total of 679,884 subscribers in the third quarter, with Hulu + Live TV, Sling TV, and FuboTV all posting six-figure gains. YouTube TV did not release subscriber figures for the quarter. Leichtman has not yet released its report for the fourth quarter, as not all of the companies in question have released their earnings.

Until relatively recently, the sports world was mostly sheltered from cord-cutting. However, the regional sports network (RSN) model is believed to be in trouble, and it’s not clear exactly what the future of that model will look like. In the meantime, the majority of NFL games are available to stream. Most notably, the Super Bowl is scheduled to stream on Peacock. Similarly, most Olympic events are available for streaming on the service.