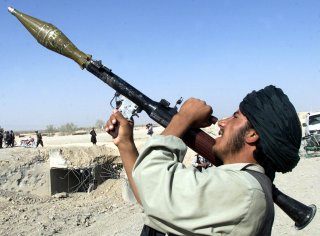 As the coronavirus continues to spread in Afghanistan in April, Gen. Austin Scott Miller, the head of NATO’s Resolute Support Mission and United States Forces–Afghanistan, and Zalmay Khalilzad, Washington’s Special Representative for Afghanistan Reconciliation, met with the Taliban in Qatar.

Despite the increased pressure from Washington, the Taliban continues to launch attacks throughout the country. However, the pandemic is changing the dynamics of the war.

The coronavirus outbreak has caused the Taliban to shift its tactic from mainly targeting densely populated cities to attacking rural areas. This shift in strategy is likely due to the Taliban strategizing to avoid exposure to the virus by steering away from the cities that have been hit the hardest by it. Instead, the terror group has focused on attacking areas with low numbers of reported coronavirus cases.

Despite the Taliban’s rejection of the Afghan government’s call to a ceasefire for the month of Ramadan, it has also expressed an interest in halting violence due to the coronavirus. Zabihullah Mujahed, the Taliban’s spokesperson, told the Associated Press that “If, God forbid, the outbreak happens in an area where we control the situation then we will stop fighting in that area.” What’s apparent is that the Taliban’s willingness to agree to a ceasefire will be a calculated decision based on its interests via the threat of an outbreak in its areas. Although the Taliban has yet to implement a ceasefire, a glimmer of hope for reduced violence remains.

As much as the Afghan government and the Taliban disagree on key elements of the peace process, the coronavirus outbreak could increase cooperation between the Afghan government and the Taliban. The Taliban expressed a willingness to cooperate with government health-care workers and nonprofit organizations to assist populations in need. Additionally, the Taliban has launched initiatives, such as distributing guidelines and launching workshops in its controlled-areas to prevent the spread of the virus. The Taliban, too, is taking social-distancing seriously. A civilian told Al Jazeera, “They have cancelled all public gatherings, weddings and have asked people to pray at home instead of the mosques.” Even though such deliberate measures are intended to prevent the spread of the virus to the ranks of the Taliban and to neighboring countries who provide safe havens for the Taliban—it has led to a rare readiness by the Taliban to cooperate with Kabul.

Khalilzad has previously used the coronavirus to push the Afghan government and the Taliban toward the prisoner exchange process. This, he argued, would prevent a humanitarian disaster in overcrowded jails due to the high risk of contagion. Thus, with Washington’s support, both sides have released prisoners. Despite the hurdles involved, these exchanges are likely to continue until the agreed threshold in the peace deal has been met. That threshold consists of five thousand Taliban prisoners and one thousand Afghan security force personnel.

Additionally, Washington began the process of troop withdrawal soon after signing the deal on February 29. Currently, there are about twelve thousand U.S. troops in Afghanistan. According to the agreement, approximately thirty-four hundred American soldiers would withdraw from Afghanistan within 135 days. However, the coronavirus complicates the withdrawal process. Although the Pentagon has halted U.S. troop movements overseas for sixty days, Afghanistan remains an exception. The Defense Department underscored that the drawdown would continue. Yet, Miller noted that in some cases U.S. troops in Afghanistan will remain “beyond their scheduled departure dates to continue the mission” due to the pause on troop rotations.

As of late March, four coalition troops tested positive for the coronavirus, with thirty-eight other service members having flu-like symptoms. In Afghanistan, there are more than 784 confirmed cases of the coronavirus. Should the virus rapidly spread across the country and exacerbated by Kabul’s inefficient measures and lack of resources, then it’s likely that congressional pressure would compel the Pentagon to expedite the withdrawal process to protect the wellbeing of its soldiers.

That said, a troop withdrawal wouldn’t indicate that the United States is abandoning Afghanistan. Washington continues to support the Afghan government and the U.S. army’s spokesperson for Afghanistan has made it clear on numerous instances that the United States will defend the Afghan army when needed. Further, during Secretary of State Michael Pompeo’s surprise visit to Kabul, he offered $15 million in aid to assist the Afghan government in tackling the coronavirus.

Secretary Pompeo emphasized that “We will constantly re-evaluate our posture with respect to Afghanistan, not only the security assistance and humanitarian aid and assistance we provide to them.” Although the pandemic is severely affecting the American economy, it’s highly unlikely that Washington will pull the plug on its financial assistance to the Afghan government due to its strategic importance. The United States has invested significant resources to ensure that the Afghan government remains intact to protect America’s interests and uses its aid as leverage accordingly. Since less than 1 percent of America’s GDP is expended on foreign aid, it’s probable that Washington will continue to finance the Afghan government, who’s more than 75 percent of its budget depends on foreign aid.

The coronavirus adds complexities to the peace deal and intensifies Afghanistan’s challenges. Since 9/11, Washington has assisted the Afghan government in alleviating political crises. Now, as the world faces a global health crisis, and as Washington and Kabul are both impacted by the virus, the pandemic tests the enduring partnership between Washington and Kabul.

Sabera Azizi is an expert on Afghanistan and has previously worked for the Afghan government. She is currently a freelance writer and has written dozens of articles on Afghanistan. Sabera can be followed on Twitter @saberaazizi.