Coronavirus Deaths to Peak on Easter Sunday: Is the Worst Over for America? 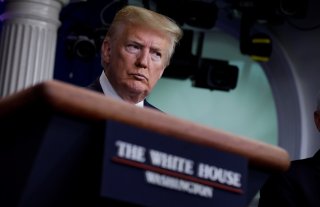 The month of April is bringing the United States to the sunny side of the coronavirus curve, says the director of the Center for Disease Control and Prevention. Earlier predictions had indicated that April would be the worst month of the pandemic so far, which remains true. However, the numbers are significantly lower than were expected.

“One of the critical things clearly has been the aggressive social distancing that we’ve done, and I want to take a second to thank all the Americans who have really been vigilant in putting that into action,” said Dr. Robert Redfield, director of the CDC in an interview with CNN. According to Redfield, “our mortality rate is really a lot lower than what would have been predicted and it really shows that this mitigation works.”

The United States currently has over 483,000 positive cases of the coronavirus and has suffered a death toll of 18,000. “The number of deaths and the cases that we're seeing right now are really validating what we said that this is going to be a very bad week, on the one hand,” said Dr. Anthony Fauci in an interview with NBC News. But on the other hand, Fauci added, death estimates in the United States look closer to 60,000 than the previously predicted 100,000 casualty minimum.

"I'm always very cautious about jumping the gun and saying, 'Well, we have turned the corner,’” Fauci continued. “But I think we are really looking at the beginning of that, which would really be very encouraging. We need that right now."

There is a growing consensus among public health officials that the daily increase in coronavirus cases and deaths will peak this weekend, on Easter. “Clearly as we move to reopen, and I think we’re coming to the peak as we sit here today, we’re able to see the other side of the curve and we’ll see this outbreak continue to decline over the weeks ahead,” said Dr. Redfield. “We’ve got to build within the community the sense of confidence that it’s the time to get back. It’s time to get back to work. It’s time to open up some of the businesses.”

Chris Murray, who is the lead researcher for the Institute for Health Metrics and Evaluation’s coronavirus models, said it’s important not to back off restrictions at the first sign of alleviation. "If you ease up prematurely the epidemic can rebound right back to the level we are at now in a matter of weeks," said Murray, whose model is regularly referenced by the White House. "So, the potential for rebound is enormous if we let up on social distancing." His recommendation is that even if we see a peak by mid-April, it’s important to keep social distancing restrictions instituted into May.