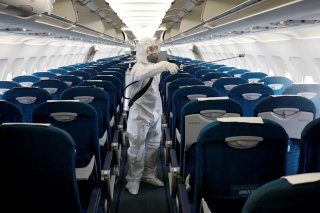 To critics of stock buybacks, the current economic crisis is playing out like a real-life version of Aesop’s famous fable, The Ant and the Grasshopper. And in this case, the hungry, short-sighted grasshopper is the American airline industry. Bloomberg reports that the major US airlines — Alaska, American, Delta, United and Southwest — spent 96 percent of free cash flow over the past decade on buying back their own shares.

And instead of saving up that cash flow for a big crisis — like a global, sector-shattering pandemic — now they’re seeking a bailout from Uncle Sam. (Taxpayers, really.) And it’s a big bailout, according to The Wall Street Journal, some $50 billion in financial assistance from the government, “more than three times the size of the industry’s bailout after the Sept. 11 attacks.”

Not so fast, say the anti-buybackers. Maybe instead of enriching shareholders, the airlines should have been using that dough for some sort of rainy day fund. Or, and this is the more common criticism, the airlines should have been using that cash for higher worker pay. As such, any bailout must come with government strings attached. Here’s what Elizabeth Warren suggests: a $15 minimum wage, a board seat for workers, no job cuts, and … a prohibition on buybacks, dividends, executive bonuses.

Some problems: First, had airlines been sitting on a bunch of cash, they would have been continually criticized for sitting on a bunch of cash. Anti-buybackers have wanted companies to put excess cash to work, not create some rainy day fund. Second, Warren-style “accountable capitalism” — Bernie Sanders-style, too — with lots of worker participation seems to be failing in Germany, often held up as the model. It certainly hasn’t resulted in faster wage growth. Third, buybacks aren’t bad, the evidence suggests. “Shareholder capitalism” doesn’t result in less investment. Indeed, companies that invest a lot and pay some of the highest wages, the tech titans … well, the anti-buybackers tend not to like them, either. Finally, buybacks really aren’t bad. Most of that dough gets put back to work in the financial system to help finance all manner of entrepreneurs and companies, both big and small.

It’s hard not see this last episode of buyback furor as just an excuse for those on the left to intervene in a reeling industry and impose its wishlist agenda. Of course, we don’t need to give them cash, either.

Learn more: 5 questions for Branko Milanovic on the future of capitalism, inequality, and democracy | Congress needs to start writing checks | Don’t forget the many virtues of shareholder capitalism