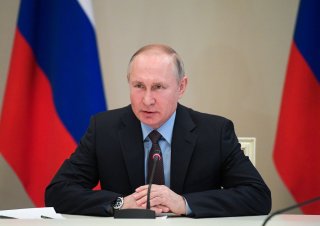 Russia will soon be faced with a demographic crisis, and the COVID-19 pandemic could make it a lot worse. After years of a naturally declining population, the state will soon have a lack of young workers to both fund the government and care for the elderly. If the Russian government fails to provide youth with enough support during this pandemic, it may fuel a mass departure of young Russians that will accelerate the arrival of Russia’s age crisis.

Even before the pandemic, Russia’s population projections looked bleak. By 2050, Russia could see its population reduced by nearly 7.5 percent to only 135.8 million people, and by 2060, pensioners will account for nearly half the total population. While the population deficit is caused mainly by natural deaths exceeding births, it is being exacerbated by an exodus of Russian citizens—many of whom are younger—and inward migration is no longer enough to compensate.

Authorities should be sweating: data published by the independent Levada Center in September 2019 shows that 53 percent of young people (ages 18-24) want to leave the country. Though this figure is surprising, it is understandable. Young Russians are among the most economically stricken, with an unemployment rate close to 15 percent—three times the national average—and half of all unemployed Russians are under the age of 34. Among Russian emigres, 54 percent believe the Russian economy is only going to get worse and a third cite it as the main reason for their departure. This is comparable with the Levada poll as 40 percent of the would-be emigres cite economics as their top concern (45 percent cited wanting a good future for their children abroad, which is bad news for a nation in need of childbirths).

These unemployment rates were collected prior to the collapse of oil prices in the Russo-Saudi price war and the impending economic recession from the pandemic. As a result, officials anticipate the loss of as many as 8 million jobs. This is sure to exacerbate the problems of the young and further dull the bleak prospects for their futures, encouraging their dreams of escape.

Putin himself is contributing to youth discontent with life in Russia. Just 46 percent of the population wants to see Putin as president after 2024, and less than half approves of the constitutional amendment that will allow him to even “participate” in the next election. Among Russians aged 18-24, this drops to just 35 percent wanting to allow him to run again.

Should Putin retain power after this term expires, it may prompt Russia’s young people to jump ship. After all, the majority of the nearly 2 million Russians who left the country during his rule emigrated after the start of his third presidential term. With Putin’s overall approval rating at its lowest since November 2013, it is likely even worse among younger Russians. The September 2019 emigration survey found that among potential emigres his approval was 14 percentage points below the national average at the time. If the same ratio applies today, among them his approval rate is already less than 50 percent.

But Putin has done little to gain favor with Russia’s youth. Instead of providing serious relief, Putin’s government has thus far opted to spend a meager $14 billion stimulus package with provisions that give businesses tax holidays and raise the maximum unemployment benefit to just more than the official minimum wage. While that sum of money goes farther in Russia than in the West, it is far from sufficient.

Russia possesses more than $560 billion in foreign exchange and gold reserves and nearly $95 billion remains in its National Wealth Fund, yet total contingency spending isn’t expected to exceed 3 percent of GDP. If national wealth is not engaged to support citizens during a crisis, then what is it for? Addressing problems that people face with feel-good symbolic gestures instead of actually solving them is much simpler if the authorities’ goal is pacification.

There are already signs that the Russian people are judging Putin’s handling of the pandemic a political failure. If current policies do not change, poverty overall will grow, and young people with less savings and fewer jobs will find themselves even worse off—likely increasing their desire to leave for more prosperous nations. Make no mistake, this will handicap Russia’s response to the demographic contraction.

In spite of all of this, the government is unlikely to change things anytime soon. Putin stands to remain firmly entrenched in power, and people, following the words of former Prime Minister Dmitry Medvedev, are broke but told to “hold on.” But, that is not to say that they will. Borders are much more fluid in the twenty-first-century, even in Russia. After all, it was Dostoevsky who wrote that “it is terrifying to think how free in spirit a Russian can be and how powerful his will can be!” Without the curtailing of freedom of movement, they will continue to leave.

Lance Kokonos is a foreign and defense policy research assistant at the American Enterprise Institute.