Coronavirus Proves One Thing: America Is Not Ready for a Biological Weapons Attack 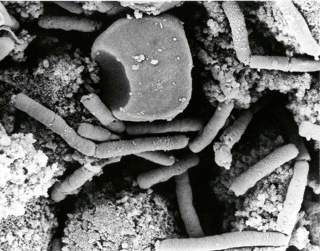 It was announced today that the number of positive cases of coronavirus in the United States has topped 11,400. The death toll is 171 people, roughly one percent. Two members of congress, Rep. Ben McAdams of Utah and Rep. Mario Diaz-Balart of Florida have been diagnosed and are in self-quarantine. As the country continues to struggle with a lack of testing kits, and fret about the number of intensive care beds in hospitals, the pandemic has hit home how unprepared the United States is for a biological attack.

“When one thinks about what a bioterror attack would look like—it is crystal clear we are not even close to being ready,” said Daniel Gerstein in an interview with Politico. Gerstein is a former official with the Department of Homeland Security, and currently works at the Rand Corporation as a senior policy researcher.

“If we had an attack, and even if we had the treatment or the vaccine that everyone needed, we don’t have the capacity to get that to 330 million Americans if we were in a lockdown situation where trucks weren’t moving. So that’s one thing that we’ve looked at,” a separate, anonymous government official to Politico. “Can we create a capacity? What does that look like? Do we set it up in gymnasiums? Who’s going to do it? How are the things going to get delivered if you have sort of a general breakdown in the system?”

The current consensus from the medical community is that the coronavirus developed in the filthy bush meat trade markets of central China, where exotic animals and the diseases they carry mingle closely together with humans. The likely originator of the virus are bats, and the human consumption of them.

However, the idea—today unsupported by a preponderance of the evidence—that the coronavirus is itself a man-made biological weapon has already been thrown into the conversation by public officials. “This virus did not originate in the Wuhan animal market. Epidemiologists who are widely respected, from China, who have published a study in the international journal The Lancet, have demonstrated that several of the original cases did not have any contact with that food market. The virus went into that food market before it came out of that food market. So, we don’t know where it originated,” said Senator Tom Cotton of Arkansas one month ago. “We also know that just a few miles away from that food market is China’s only biosafety level 4 super laboratory that researches human infectious diseases.”

While the use of biological weaponry in warfare is a crime under international law, it’s known that the world’s major powers do keep diseases in their possession under lock and key. Both Russia and the United States keep smallpox in their arsenal, although under a deep freeze.

The most recent biological attack on the United States was by anthrax in 2001, when the disease was sent through the mail to both news headquarters and members of congress. The death toll was five. Already widely believed at the time to be of foreign origin, it was eventually found that the anthrax came from U.S. government laboratories and was sent by one of their own scientists (who subsequently committed suicide before his arrest).