Cory Booker Qualifies To Join Third Round Of Democratic Debates 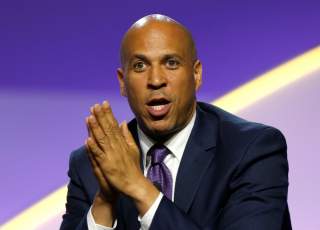 Presidential candidate Cory Booker has qualified to participate in the third round of Democratic debates, according to his campaign.

Booker, a New Jersey senator, passed the threshold of 130,000 unique donors, his campaign said Monday, CNN reported. He had already met the polling requirements for the September debate.

More than a quarter of the donors came after the first debate in June, his campaign said.

“We’re building this campaign the right way, brick by brick from the grassroots up, and we’re seeing the results of that strategy as we continue to build momentum,” Addisu Demissie, Booker’s campaign manager, told CNN.

Candidates have to reach 2% or higher in approved polls and have a minimum of 130,000 unique donors to qualify for the September debate.

Booker will be attending the second Democratic debate Wednesday, joining Biden, among others, on stage.