Could Artificial Intelligence Have The Answer To America's Coronavirus Economic Woes? 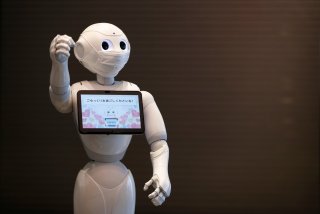 The US economy wasn’t gangbusters before COVID-19. While the long expansion had driven down unemployment to historically low levels, productivity growth was modest. So overall economic growth was modest, too. That’s a key difference between the post-financial crisis recovery and the 1990s boom. And a big concern going forward is that the pandemic aftermath will slow sustainable growth even further. Maybe a Two Percent Economy becomes a One Percent Economy.

Unless the American economy somehow gets way more productive. More innovative. Technology optimists hope artificial intelligence is the “next big thing” that will drive the next big productivity boom. Eventually. The history of important “general purpose technologies” — such as the steam engine, electrification, and personal computing — is that it takes a while for them to achieve significant economy-wide impact. (Although that diffusion lag has shortened.) They need supporting investments in physical and human capital to achieve full potential. As economist Erik Brynjolfsson told me recently on my Political Economy podcast, we need more people “who know how to take these new technologies and translate them into new products. The more of those we have, the better because there are intangible capital and business processes that need to be reinvented.”

But there’s another important way to think about AI, a complementary way. In a recent presentation to the Bank of England, University of Warwick economist Nicholas Crafts framed AI — in particular the ability of machine learning to find “very small needles in giant haystacks” — as a “general purpose invention” or the invention of a new method of invention. And this GPI could power a “fourth industrial revolution” and a faster pace of technological progress and productivity growth. Example: A MIT team recently discovered a powerful new antibiotic through the use of a deep-learning algorithm.

AI as GPI would be especially important if we’ve indeed entered a period where finding big, game-changing ideas and putting them into practice is growing ever more difficult. In the paper “Are Ideas Getting Harder to Find?”, economists Nicholas Bloom, Charles Jones, John Van Reenen note, for instance, that the number of researchers needed to achieve the famous Moore’s Law doubling of computer chip density is more than 18 times larger than the number required in the early 1970s. Their conclusion: “Just to sustain constant growth in GDP per person, the United States must double the amount of research effort every 13 years to offset the increased difficulty of finding new ideas.”

Crafts finds that a gloomy result, but one for which AI could provide an “excellent antidote against ideas becoming harder to find. … The background to a much improved ideas production function. … If that comes through, it certainly will raise total factor productivity growth.” In addition to the bit about AI, Crafts offers some great insights on the history of economic growth, how a lack of competitiveness and dynamism is hurting US productivity growth, and a critique of economist Robert Gordon’s “The Rise and Fall of American Growth” thesis.