Could China Have Cracked The Secret To Defeating America's Best Stealth Fighters? 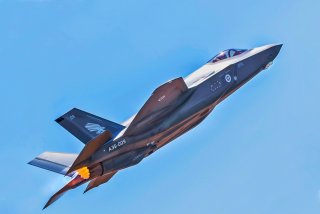 Here's What You Need To Remember: Stealth and electronic attack always have a synergistic relationship because detection is about the signal-to-noise ratio. Low observables reduce the signal, while electronic attack increases the noise. “Any big picture plan, looking forward, to deal with emerging A2/AD threats will address both sides of that equation,” he said.